This morning Apple released a Safari 4 Beta. They have dubbed the release “The World’s Fastest and Most Innovative Browser”.

It certainly is speedy, and there are some interesting new features – but not all of them are unique to Safari as the PR might have you believe. (que fanboy ranting…now!)

Some of the innovations in Safari 4 are ones that we’ve seen in other browsers including Google Chrome, the Pogo Browser, Firefox and Opera – but even the features we’ve seen before have that unique Apple touch that fans love. 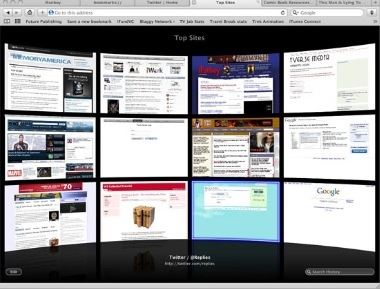 The Top Sites start page is nice, although there is a noticeable lag from when the page becomes full screen, to when the site loads (more noticeable than just visiting the site itself). This is still a beta, though, so nothing here is final yet. The look and feel of the Top Sites page is pure Apple, and a welcome addition.

The above the bar Tabbed browsing will be familiar to users of other browsers as well. It will take some getting used to for me, but I’m mostly indifferent to this change. 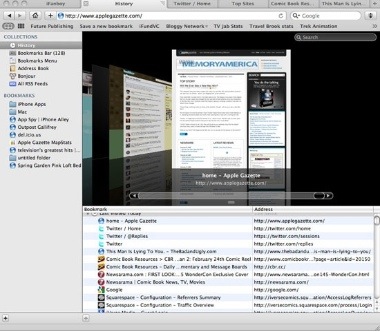 The most useful new feature, to me anyway, is the CoverFlow option in your browsing History. Sometimes I may forget the name of a site that I’ve been to, but looking at an image of the site will make it much easier to recall.

This is also fast and slick looking. It’s my favorite of the new stuff, and one that I expect to use frequently.

This is, of course, just the surface of Safari 4. There are other new features, and this beta will evolve into a final release in the near future.

I highly recommend giving the beta a spin. It seems pretty stable thus far, and has a lot of interesting things under the hood.