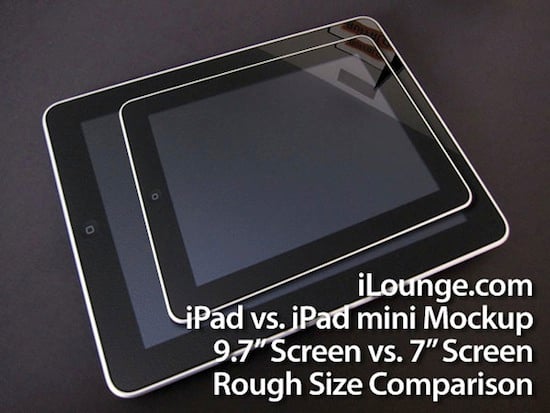 Normally when I hear a rumor, I knock pretty hard on the poster, because nine times out of ten it just isn’t true. In this case though, it comes from iLounge.com, and they themselves admit that this prediction thing can be a bit shaky. As a result, here are some selected tidbits from their predictions on what’s to come in the next few months from Apple.

A seven-inch-screened version of the iPad is substantially finished and will be ready for announcement either later this year or early in 2011.

According to our sourceâ€”and we have to say that we find this part hard to believeâ€”Apple is pushing up the release date of the fifth-generation iPhone to early 2011 (as soon as January) because of the antenna issues with the iPhone 4.

To reduce the cost of the current iPhone 4 Case Program, the company is currently working on a less expensive all-silicone version of the Bumper to give away after September.

New iPods are a gimme, because those are coming in September like they have every year. I find it hard to believe that Apple would introduce a 7-inch iPad, because although it’s bigger than an iPhone and smaller than an iPad, it’s not a highly sought after model. I think the current iPad is perfect in size, and is easy to read from. Changing the form factor may be great if you want to create essentially a “paperback” version of the iPad, but I’m not quite sure why, or if it would sell. The iPhone rumor is something to consider, if only because Apple may have to fix it to keep sales numbers up. I just don’t expect it to be a full new phone, unless AT&T is willing to allow early adopters of the iPhone 4 to renew their contracts even earlier than usual. As for the Bumpers, whatever. No big shocker there, nor is it exciting news.