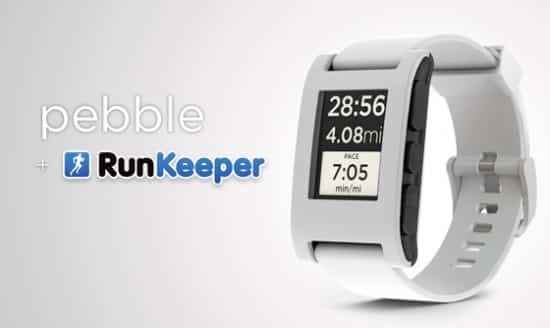 The success of Pebble — the customizable e-ink wristwatch that syncs to your iPhone via Bluetooth — is mind-blowing. With a week-and-a-half still to go on its Kickstarter campaign, Pebble might just be on track to break $10 million in pledges. And now, they’ve got their very first partner app.

Online workout-tracking service RunKeeper has signed on as Pebble’s first third-party app developer. RunKeeper boasts a user base of 10 million fitness enthusiasts, who use its web and mobile apps and their device’s GPS to track their progress running, cycling, walking, hiking, or anything else that gets people up and moving. It records all that data itself, runs the numbers, and then spits out stats that help you understand how you’re doing with your speed, pace, elapsed time, and more.

Presumably, this means that RunKeeper will develop and publish a dedicated app for Pebble, allowing users to tap into RunKeeper’s tracking services directly from their Pebble watch. The Pebble team is actively seeking out more app developers to sign on with their hotly-anticipated device.