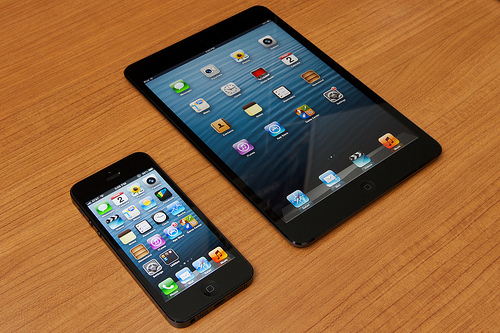 I’ve been using my iPhone 5 as my all-around gateway to the internet. Aside from having an always-on internet plan, I’ve also ditched my mobile WiFi device and have been using the iPhone 5’s personal hotspot feature to allow my laptop to access the internet. But even with the relatively fast LTE speeds I’ve been getting, do notice that the speed is not as fast I would’ve expected from a 4G connection.

A new report published by Joseph Brown may prove to be the answer to this question. According to Brown, who is the developer of the hacked carrier updates for AT&T, Verizon, Sprint and T-Mobile that has dramatically increased data speeds, Apple is deliberately throttling data speeds for the iPhone and iPad in behalf of mobile carriers.

Brown alleges that Apple and the mobile carriers have implemented coding to deliberately limit data speeds for both the iPhone and the iPad. He said that the reasons for doing this is unclear and only Apple and the mobile carriers can answer this. But based on previous statements made by AT&T and tech groups, the iPhone are “very complex devices with a very complex OS.” Apparently, the OS still guzzles up a lot of data even when it is on idle mode – more so than other phones in the market today. Acting on carrier requests, Apple limits the capabilities of the device to help “even out” the network, even though as a result of this move, Galaxy phones now outperform Apple’s devices by a significant margin.

Brown released a screenshot of AT&T’s network settings and here’s what it indicates:

Other findings released by Brown include the following:

Brown’s hacked carrier updates claim to remove these limitations and actually increase data speeds. Some people who have installed the update reported improvements in data speeds.

Do you think Apple and mobile carriers are purposely throttling data speeds?