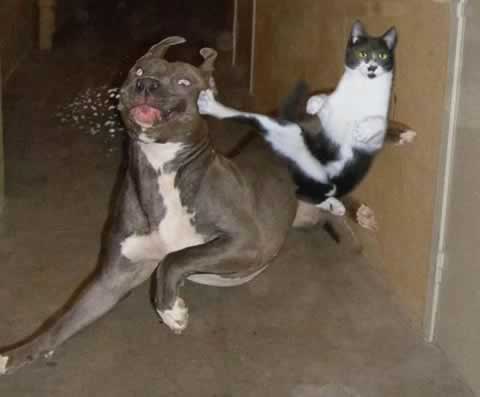 [Do a Google Image search for Ninja, and this is what you get]

Quick story before the story:

I was in high school, my senior year, and I needed to get a job. I ended up applying at a local Best Buy, and I didn’t hear from them for a long time. When I finally did, they almost sounded desperate. “Can you come in today?” I sure could, and I was in a blue polo by the end of the week.

This was in the ’90s, and most Best Buys that I knew of were setup in these little cubes for sections. In my store, when you first walked in the Video department was directly to the left, and then there was Home Audio, with a wall of overstock separating the two. I was hired to work in Car-Fi and Home Audio, since Car-Fi didn’t get a lot of traffic. Once I started working there, I learned that I was hired because they had just cleaned out the entire department for stealing, including management. Here’s how it worked.

They used to sell these huge Pioneer speakers in home audio, that were easily 4-feet high. They were also super cheap – like $99 a piece of something stupid – and as a result, super popular. Once everyone had gone home, the Home Audio guys would take one of those speakers out of the box and put it on the floor as an open-box clearance item for a discounted price. Then they would take the empty box and fill it up with product that they’d get from Video right across the aisle. See, Video kept all of their VCRs and camcorders just within reach of the Home Audio shelves, so it was an easy grab. Then they’d fill up the Pioneer box with all sorts of goodies, and put it back on the floor, way in the back.

The next day, one of the crew would come in on their day off and buy the speaker. They’d get their employee discount – natch – and then walk out the door with all of their product. They didn’t have any fancy sensor tags on the boxes, and even if an alarm did go off, security would rush them by. It was a great scan.

Eventually, they got caught. I don’t know when or how, but they did, and that’s how I got hired. Later on, I’d know other people who would steal at the store, including the security guy interestingly enough. By the time my 2 years at Best Buy were done, I learned a lot of shady things about that place.

Which is why I don’t feel bad reporting stories like this one here:

SOUTH BRUNSWICK â€” They never touched the floor â€” that would have set off an alarm.

They didnâ€™t appear on store security cameras. They cut a hole in the roof and came in at a spot where the cameras were obscured by advertising banners.

And they left with some $26,000 in laptop computers, departing the same way they came in â€” down a 3-inch gas pipe that runs from the roof to the ground outside the store.

Police believe thatâ€™s how some brazen bandits managed to swipe 20 Apple notebooks early this morning at a Best Buy on Route 1 in South Brunswick without detection.

“High level of sophistication,” said Detective James Ryan, a police department spokesman. “They never set off any motion sensors. They never touched the floor. They rappelled in and rappelled out.”

Like damned ninjas, some covert team just bit a chunk out of Best Buy. I’d say that I feel bad for Best Buy, but I really don’t. Anyone who pulls of a theft that cool deserves what they got, in my book. Well, not really. But maybe I’m just bitter.