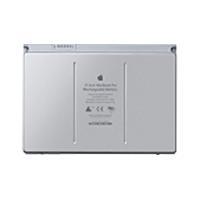 So, as I sit here typing on my Macbook Pro (which is tethered to the wall by its cord) and I reflect on yesterday afternoon, I can’t help but be a little hacked off.

See, I purchased this Macbook Pro in February. That’s not that long ago. This battery should be fine…but it isn’t. If I was to pull the cord off of my computer right now it would die instantly, even though the battery is supposedly “99% charged”.

So, I decided to call Apple and get the situation resolved. It shouldn’t cost me any money right? I mean, the thing has a 1 year warranty…

Well, things didn’t start off well. Evidently the company that Apple has out sourced their Technical Support to has switched over to VOIP or something because it sounded like I was talking to them on Skype, and their system kept dropping calls. My phone call got dropped 2 times before I could even speak more than a word or two to the person on the other end, and each time I would have to start over with the wait time.

Finally, the third time the first thing the guy said was “I’m so and so, do you have a call back number I can reach you at if the call is dropped?” I had to ask him to repeat most of what he said several times, mainly due to the terrible quality of the phone call.

After I explained my problem, he told me that even though my system was under warranty, he was going to have to charge me for Technical Support.

So we argued about that for a minute, then he told me that they had no way of proving that the battery was defective until they tried a few things on the computer.

I don’t see how that’s my problem. I’m not calling for Technical Support. I know the battery is defective, and I’ve already tried every solution I could find online and on Apple.com to fix the problem. I don’t need Technical Support, I need the part replaced.

Then he suggested that I go to an Apple Store, where it would be FREE for them to look at it.

Well if it’s free if I make a 4 hour round trip drive to the closest Apple Store, why in the hell are they trying to charge me for it over the phone? I guarantee you that Apple is paying that “genius” more than they’re paying this Tech Support guy.

This is the second MAJOR problem I’ve had with an Apple product in the past month. I’m extremely unhappy with the fact that Apple is trying to squeeze more money out of me to run “Technical Support” on a problem that is clearly a defective battery. If they need to check something to make sure it’s defective before they send a replacement out, I get that…but I shouldn’t have to pay for it.

So, tomorrow, I’m heading off to the Apple store again. Another 4 hour round trip, and I gotta say…I’m not happy about it.

Why am I going to the store instead of paying Apple for phone Tech Support?

1) I don’t need Phone Tech Support. I need them to verify for themselves that I’m not lying to them, and then send the replacement part.

2) I’ll be able to get the part the same day, instead of having to wait however long it takes for the part to get here in the mail.

3) I’ve given them $2500 dollars for this machine less than 6 months ago. I’m not handing over one more cent to the company until the battery is replaced.

4) I did the math…the gas to get there and back is cheaper. 😉

So, if posts are sparse tomorrow…you know why.

If they wanted to take a credit card number and NOT charge it until we discovered that it was a software issue and not the battery, then I could understand and accept that. If I was wrong, and it wasn’t the battery then that would have been a tech support call (which I still think should be free for more than 90 days but that’s beside the point)…it’s charging me up front for something that is not tech support related before they even know if it is tech support related that I find upsetting.