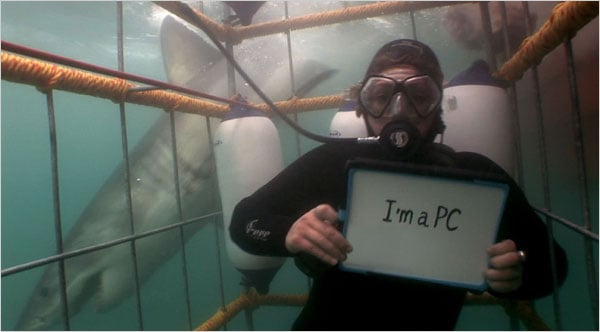 Those Microsoft Ads we’ve seen over the last few weeks that Redmond tried to spin as “positive buzz” that “got people talking” have been scrapped. Seinfield is out, and the Ad company behind the campaign is taking things in a completely different direction, with new Ads that will go so far in directly attacking the Apple “Get A Mac” ads that they will feature a John Hodgman look-a-like according to the New York Times.

The Ad will open with the Hodgman impersonator using the famous line from the Apple commercials “I’m a PC” and following it with “and I’ve been made into a stereotype.”

Bill Gates will make a cameo in the new ads, as will Eva Longoria, author Deepak Chopra, and singer Pharrell Williams. I’m sure that’s what Microsoft’s truly been missing – endorsements from second string television stars, authors, and a singer who’s 2005 single made it all the way to #48 on the charts. The big stars of the ads, however, will be everyday people like scientists, fashion designers, and shark hunters – who all are proud to say “I’m a PC”.

This will include over 60 Microsoft Employees who will be giving their email addresses out in the ads, including Gates.

When discussing the fact that they will be addressing the Apple ads directly Rob Reilly, a partner in the ad firm stated. â€œApple has done a tremendous job marketing their products…so I donâ€™t know if itâ€™s David versus Goliath anymore.â€

Mr. Riley was also asked if Jerry Seinfeld would be returning to any of the new Microsoft ads. â€œJerry is a friend of the agency and Microsoft,â€ Mr. Reilly said,â€œYou like to keep your friends close â€” and your enemies closer.â€

My only question about his last statement is – does that mean they’re making these commercials with Macs?