Looking Back: OS X on x86 “Stupidest Thing Apple Could... 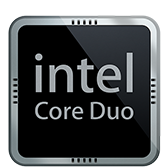 I stumbled upon an article on Low End Mac written by Jeff Adkins exactly four years ago (October 17th, 2002) detailing the author’s opinion that “OS X on x86 would be the stupidest business decision in history.”

That was the time when an x86 version of OS X (Project Marklar) was still very much under wraps, and all sorts of leaks–whether fabricated or true–to that effect had been making the rounds of email lists, forums and early blogs. Apparently, the author’s worry was that porting OS X into the x86 architecture would make no sense for Apple as it would only lead to the demise of the company.

While we know how things have turned out, it’s quite interesting to revisit the past, and to recall how we once thought of our favorite tech company/companies. Sometimes we get a good laugh over our past experiences. When we see how things eventually turn out, it’s either I thought so, or What was I thinking? Or perhaps it’s Why didn’t I think of that?

Fast forward to 2006. As history would have it, Apple did switch to the x86 platform, but it did not turn out the way the author originally envisioned it to be. The author had his points and I would say they were valid and very much reasonable. But history sure has a funny way of making things turn out not as expected.

Point 1: Apple will never be able to offer its OS at a price point that Microsoft can’t undercut.

My take: Apple never has to. By this time, Apple already has a cult following loyal enough (or more than loyal) to stick with the company even with comparatively higher prices. While this statement was made with the view that a switch to x86 would mean that OS X would eventually be sold separately from Apple hardware (i.e., for use with other-branded PCs like Dell, HP, IBM, etc.), I don’t think it’s reasonable to pit OS X against Windows this way. They’re simply different (this is the understatement of the century), and they cater to different people with different needs and preferences.

Point 2: No hardware vendor would risk its Microsoft Windows contract by offering a competing OS.

To the contrary, there are hardware vendors that will sell you OS-less computers or those bundled with another OS like some flavor of Linux. Dell, IBM and HP are not marketing this aggressively, though, but ask and you shall receive. The same goes for the Intel stronghold on the hardware market. Manufacturers like HP are giving consumers a choice by marketing AMD-powered laptops and desktops along with Intel-powered ones.

Point 3: Converting to x86 is tantamount to admitting that recent ad campaigns touting the power of the G4 against the Pentium were just so much hot air, which devalues all of Apple’s carefully shepherded advertising dollars.

Okay, you got me there. When Apple first released the MacBook Pro, they even go as far as saying “Up to five times faster than the PowerBook G4.” Tsk! Have we just been had?

Point 4: If an x86 machine can run OS X, then if Apple rebrands some machine that can do that with an Apple logo, it stands to reason that the same machine could run Windows.

Steve Jobs standing in a room and seeing an Apple-branded machine running Windows natively. Yup – that’s what I thought. Jobs would rather sell Pixar to Disney than see that.

Wonder of wonders! Steve Jobs did sell Pixar to Disney. And Steve Jobs probably sees Windows running on Macs natively every day, by virtue of BootCamp.

Arguing with something written in the past is probably pointless. Or at the very least, it’s quite amusing. We have yet to see whether Apple’s switch to the x86 platform proves to be a stupid business decision, indeed. But using Apple’s steady market share so far as an indicator, I would say the switch has probably even improved the company’s standing in today’s increasingly competitive industry.

Now here’s my bold prediction that I’ll probably either support or contradict four years from now.

What say you, my fellow MacHeads?