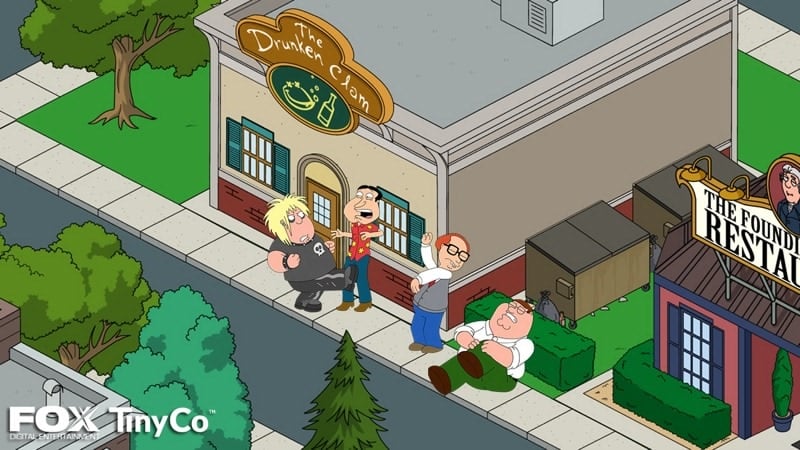 Mid-March, Family Guy fans got the great news that the Family Guy iOS game was on its way, and back then, we had no idea about the release date. Well, folks, mark your calendars, for on the 10th of April (that’s next week!), we’ll be seeing ‘Family Guy: The Quest for Stuff’ for the iPhone and the iPad.

According to MacRumors, the game will be all about the town of Quahog, featuring (of course) Peter Griffin. Naturally, other significant town residents will be included in the game. Their quest? To rebuild Quahog after a fight between Peter and Ernie The Giant Chicken, which destroyed the town.

If you’ve watched every single episode of Family Guy, you’ll be delighted to recognize the voices of its characters in the game. Additionally, creator Seth MacFarlane has new stuff to share, which will certainly entertain you as you play the game.

‘Family Guy: The Quest for Stuff’ is free to play, with in-app purchases.

On its 13th season, Family Guy is one of the most popular animations of today. It has an average of 8.5 (out of 10) on IMDB, which does say a lot about the entertainment value of the show. Let’s hope that ‘Family Guy: The Quest for Stuff’ does not disappoint.

Again, check the App Store on April 10, and download ‘Family Guy: The Quest for Stuff’.