EA Games are now in the Apple Store 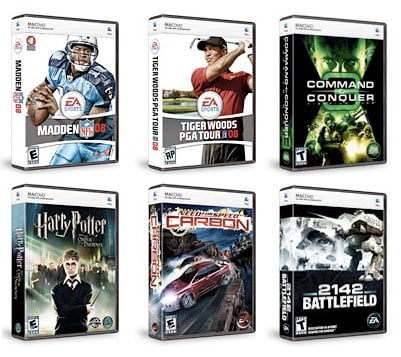 Madden ’08 and Tiger Woods ’08 are now available in the Apple Store among several other EA games. The two ’08 games have hit for the Mac only a few weeks after their PC counterparts, which is good news for those who are enthusiastic about the future of gaming on the Mac.

I know it was widely feared that when Boot Camp became available that developers would have no reason to develop for the Mac specifically, and while that point could be argued – and probably will be forever – EA is clearly committed to coming back to the Mac – hopefully others will follow suite…and that doesn’t even count all the great Mac Game developers we already have.

Mac Gaming is just getting warmed up.