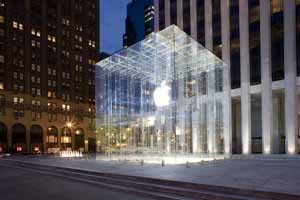 Ever walk into an Apple store and see those annoying kids using Photo Booth to take pics? Turns out that one of those teenage kids got a bit too aggressive, and typed out a note where he said he wanted to inflict “bloody death” and detonate a bomb at the Apple store.

“I have threatened your store and all its employees with a bloody death … whoever the crew maybe working, or the innocent citizens that walk in … will be eliminated with the force of a… bomb loaded with C4, strapped to my chest,” the letter said, according to prosecutors.

I’m guessing someone hates their mom.

Take this as a lesson, kiddos. Never threaten to blow up a retail establishment and leave the evidence on the computer. It’s a bad idea.

From NYPost and 1010wins