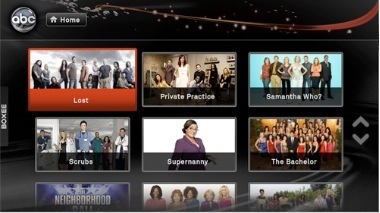 Boxee, the media streaming software for Mac and Linux (with a Windows version planned for the near future), has added ABC to its list of streaming channels.

The software, which can be installed on an AppleTV, allows you to stream online networks, and even Hulu movies and other features, directly to your television, and with the addition ABC, all the major networks are now represented on the software.

The company behind Boxee is contemplating releasing a set-top box of their own, or perhaps integrating their software with other devices such as game consoles.