by Brian Meyer 9 years ago8 months ago 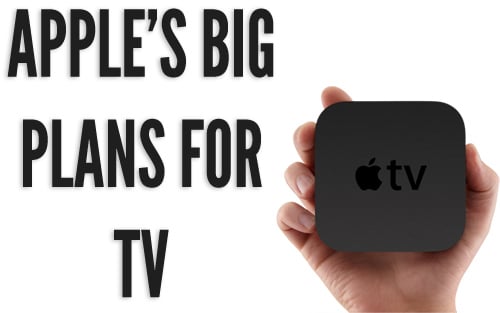 Ever since the release of the original Apple TV back in early 2007, the device’s popularity has continued to grow. As of late however, the hockey puck-sized device has become somewhat stale. Even with Apple adding new channels and more content, there has to be more in store for Apple TV, but the question is what are Apple’s plans for television.

Before we can look at where Apple TV is going, it’s worthwhile to see where it came from. Apple TV was released in early 2007 as a very different device as we have currently. The original device came with a 40GB hard drive  and offered “seamless integration with iTunes.” The original Apple TV cost a staggering $299 and had a maximum video output of 720p. 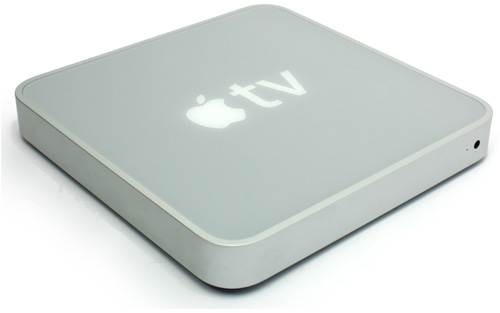 The original Apple TV also had a significantly larger physical footprint than the newest iteration. The original device was basically only used for storing audio and video synced from iTunes on a computer over to the internal hard drive, making it less a media center and more a streaming box.

Jump ahead a few years and in 2010 Apple announced the completely redesigned Apple TV. They nixed the hard drive and lowered the price to $99. Since there was no hard drive the box relies on streaming from iTunes in the cloud and a computer-based iTunes installation. With the addition of Netflix and other channels the new Apple TV started its path towards a true media center.

The current Apple TV supports 1080P video and still costs only $99. Apple has been building their library of available channels as well. As of the time of writing this article, there are 28 non-Apple channels available including HBO Go, Watch ABC, YouTube, The Weather Channel, and Watch ESPN. Most of these channels require some sort of subscription and the cable channels require a supported cable provider login.

The outer design of the Apple TV has only seen one refresh since its initial launch to its current version. While the guts were updated to support 1080p video, the outer shell has been left the same. Apple boasts 800,000 TV episodes and 250,000 movie purchases per day, showing that the Apple TV is definitely a force to be reckoned with.

Rumors and the Future

Most rumors about the future of Apple TV are about the integration of Apple TV and a physical television, giving Apple its own version of a smart TV. While there has been a lot of speculation on the idea of an Apple television, very few real clues have come out.

It makes sense that Apple could continue the spread of services like Siri to a television, especially since the current Apple TV software is built off of iOS. Siri use in a smart television could also help Apple win the battle of Google Now versus Siri.

Before his passing in 2011, Steve Jobs was quoted as saying he “finally cracked” the method for building a smart TV that worked perfectly with Apple’s other services. Whether this will ever come to fruition is still left to be seen.

The new Apple TV will more likely than not carry the iTV moniker to better fall in line with the other Apple products, and could see a drastic reduction in size.

Games and the Cable Box

Apple could move a new Apple TV device in two directions at the same time, giving the unified experience that Apple is known for. Imagine an Apple gaming console paired with the replacement for the common cable box. This new Apple TV could rival consoles like the XBox One for dominating all media consumed on a television.

Even if the new Apple TV isn’t built into a physical television it could be built to encompass all media a person or family uses. Games and apps are already a huge success on both iOS and the Mac, so why not move that to console gaming? This follows along with Apple’s monetization strategy for selling more apps and games as well.

This could mean the first major integration with the standard iOS model and the first big leap towards allowing iOS apps to play on devices that aren’t an iPhone, iPad, or iPod touch. You could also see that this might be the preliminary more to incorporate iOS and OSX into the next major version of Apple’s desktop OS. I’m not saying this is a very clear or reasonable assumption, but it could be.

The Apple TV is definitely set for a refresh. With all the new channels and content it is becoming increasingly difficult to navigate and find the content you’re looking for. The system is capable of running many current apps and games in the iOS app store if it were given the chance to, so why not take the steps to allow this? More platforms for app sales means more income for Apple, and more things for all of us to buy.