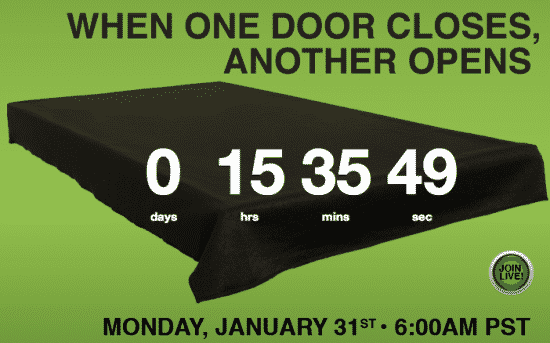 The Xserve is being discontinued in just a few days which has generated a considerable amount of outcry from the community as Apple would leave a massive hole in its server line. To pick up the slack, enterprise users would have to rely on the Mac Pro or Mac Mini running the server version of OS X but neither of these Macs were designed for a true server setting. Recognizing the opportunity Apple is leaving, Active Storage may have the answer.

Apple has begun redirecting potential server customers to other third party solutions such as Promise Technology’s VTRAC RAID. However, Apple could give its blessings to Active Storage which is run by former Apple employee and server technologist Alex Grossman. Recently the company put out a teaser on its site hinting at its entrance in to the storage market as the image depicts a 2U sized server in a black cloak under the words “When one door closes, another opens.”

According to 9 to 5 Mac, Apple has been recommending Active Storage to enterprise customers and may allow OS X server to be virtualized for non-Apple machines.

Weâ€™ve been told the boxes will run â€œa webmin variant with Darwinâ€ and to think of it as a â€œWeb ServerAdminâ€.

There was no screen shots at the briefing, but our source describedÂ it as looking like a Apple wiki page with the function of Server Admin. Â It isnâ€™t clear if the Desktop ServerAdmin will be able to connect to these boxes in the same way as it connects to current OSX servers.