How to Transfer Photos to Your Mac Without Plugging in...

We live in an increasingly wireless world. It is becoming rarer and rarer that we actually plug anything into our computers these days, as so many devices now come with built-in wireless networking of some kind. That’s good news for laptops like the new MacBook, which has just a single USB-C port to share with all of its peripherals. But even those of us with plenty of ports to spare seldom have to use them anymore. Case in point, there was a time when we would plug in our cameras in order to sync images over to the computer. Now there are all kinds of ways to transfer photos to your Mac without plugging in a camera at all. Here are just a few.

One of the simplest ways to transfer photos to your Mac is by using an SD card reader. All of the current models of iMac and Macbook Pros have built-in card readers of course, as does the 13″ Macbook Air. You only need to remove the SD card from your camera, and plug it into the slot, to start the transfer process. If you happen to own an older Mac that doesn’t have a built-in card reader, you can always purchase one that plugs into a USB slot instead. There are literally dozens of them available, and they are generally quite cheap. 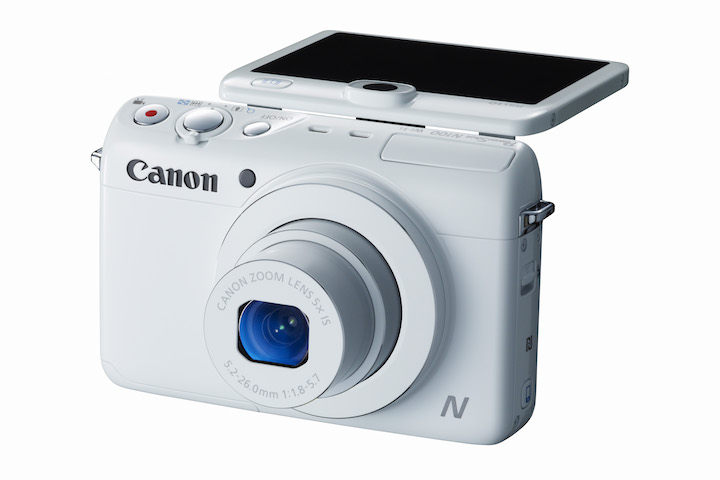 Many cameras today come with Wi-Fi features built in that allow them to wirelessly sync to your computer, smartphone, or tablet. The device that you are syncing too usually has to have special software installed on it to make this process work, but it is a painless way to transfer photos to your Mac, iPhone, or iPad without needing to physically connect to the camera. A good example of this type of device is the Canon Powershot N100, which has quite a few other high-tech tricks up its sleeve too.

If you’re happy with the camera you already own, and don’t plan on buying another one anytime soon, you can still add wireless connectivity simply by installing an Eyefi card. These standard SD cards are available in capacities that range from 8GB to 32GB, and operate just like any other SD card, storing all of your photographs until you’re ready to transfer them to a permanent home on your hard drive. The Eyefi can make that process a simple one with its built-in Wi-Fi capabilities. Once again, you’ll need special software to be installed on your Mac (or iOS device), and you’ll connect directly to the Eyefi card using wireless networking. Once that connection is established, your photos will automatically be transferred quickly and seamlessly from the camera to your computer, iPhone, or iPad.

Of course, many of us have given up on using dedicated cameras, and simply use our iPhones to take photos instead. The camera inside the iPhone continues to improve every year, and we all know that it is capable of taking stunning photographs. If you’ve abandoned your camera in favor of your iPhone you probably already know that you can sync your photo library automatically using iCloud, or manually with AirDrop. Both protocols are very easy to set-up and use, and are perfect for transferring images from one device to another.

How Photos For OS X Will Make You Forget iPhoto Forever