At Apple Gazette we have a soft spot for everything Apple and Legos. If you combine the two you’ll get one very happy team of Bloggers. Continuing our fascination of Lego-ified iProducts is the 5 best Lego Apple creations. 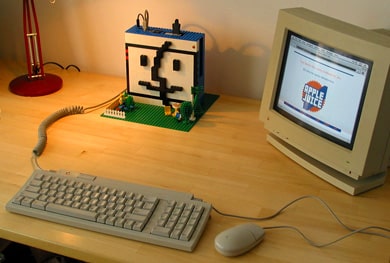 Perhaps one of the best Lego creations on this list is a working vintage PowerBook 5300 in a Finder Icon case crafted out of Legos. An employee working for Apple Juice (a now defunct Apple consulting company in South Wales) salvaged an old PowerBook turning it in to a server for the office. The case was created entirely out of Legos (500 bricks in all) and resembles the Finder icon.

When it went to auction in 2003, the Lego Mac garnered worldwide buzz and a BBC interview with the employee who built the case. 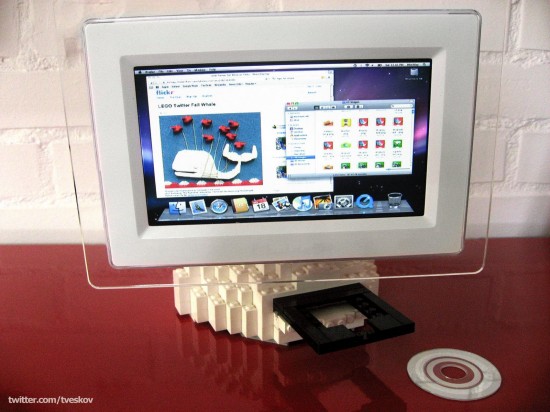 Another amazing creation is the “working” miniature Lego iMac G4.
Bjarne Tveskovs thought of creating a Lego iMac after he bought a 7″ picture frame that oddly resembles the iconic machine’s swivel screen. There are no working components in the Lego iMac G4. The photo frame can play video to give the illusion it’s real and has a fully functioning operating system:

There is no Apple hardware inside (for now), but the screen can display videos, images and TV (there’s a digital TV tuner built in). I almost managed to get a motorized CD-tray in there, but most of the space in the bottom was needed for weight-elements. The screen is rather heavy so there is a lot of stress on the swivelling arm, but it worked out quite well.

While not built out of traditional Lego bricks, Thinking Bricks used Lego’s Mindstorms kit to build a robotic Mac. In the video, an iMac G4’s startup sound wakes the robot. A light sensor illuminates the Apple Logo red while a motor deploys the wheels. Two more motors give directional movement and a rear mounted ultrasonic sensor prevents collisions. A sensor can detect the Lego Mac’s proximity and once the robot is near a wall, the motors stop. A motor raises the wheels and tells the light source to shut off.

4. The Other Lego iMac 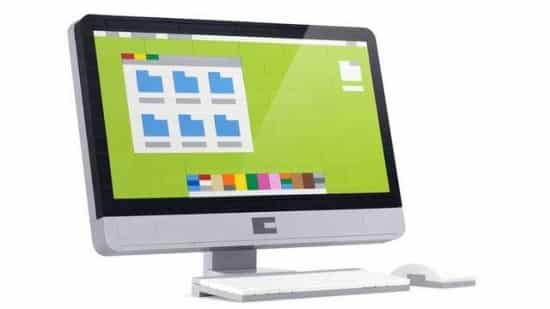 Chris “Powerpig” McVeigh, a well known Lego sculptor and artist isn’t one to shy away from a project involving plastic bricks. McVeigh was contacted by Mac Rescue to create a Lego iMac for an ad.

“During the month of December, I was contracted to create another card image for my friends at MacRescue. One concept had the employees decorating a huge iMac. The build itself was pretty straightforward; at the time, the only challenge was finding some 1×1 lime green plates to complete the onscreen logo.”

The end result is an aluminum iMac re-imagiend in Lego form. For the enthusiasts and hobbyists, McVeigh has released the Instructions and Lego Designer file so you can build your very own Lego iMac replica. 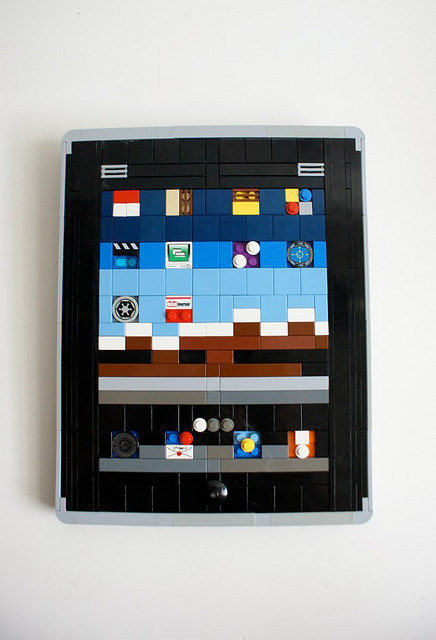 Last but not least is the Lego iPad created by Flick user jmenomeno. The Lego ‘Pad uses a relatively simple design and was created following the real iPad’s announcement.