Should I wait for Sandybridge MacBook Pros? Yes and no

by Tanner Godarzi 12 years ago10 months ago
8 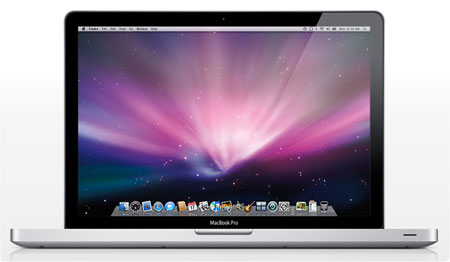 Everyone has been eagerly awaiting the newest update to the MacBook line who have been teased by rumors and speculation. Unfortunately, Intel recently announced a massive recall of all Sandybridge CPUs due to a chipset flaw which causes it to break down overtime. While I could quip Intel shouldn’t have initiated a recall in the face of one of the best forced upgrade opportunities in the tech industry, I was left asking “should I even wait for a new MacBook?”

I was conflicted. Supposedly Apple will release a new MacBook Pro with a faster Intel Sandybridge CPU and as suggested by rumors, perhaps an integrated SSD, thinner chassis – essentially a Mac Book Air but beefier. While that would be the perfect laptop as dreamt up but every Apple fan including me, I stumbled upon the question of “would it be worth it?” Apple will release a new generation MacBook Pro with its relevancy reinforced by insightful diagrams that break down how fast you can do a certain day-to-day task whether you’re a consumer or prosumer – that’s a given. What isn’t known is much of a leap up the MacBook Pro will make with a new CPU.

But, there’s a problem: Intel is recalling all defective Sandybridge parts – parts that have already shipped and are in computers. Typically recalls don’t speed up a product launch whatsoever, in fact, a lot of people bet on Intel’s gaf inhibiting the release of a new MacBook Pro and even a new iMac. Sure enough, everyone who guessed a delay was imminent is correct. This pegged a new MacBook Pro – which I was in the market for – with a new release date of June instead of the now hopeful timeframe of Spring.

Should I wait? I want to have the latest and greatest if I can time it right. But, I can’t wait. Today I pulled the trigger and bought a refurbished 13″ MacBook Pro with no buyer’s remorse whatsoever. Will I cringe a bit when Apple releases a MacBook Pro sans optical drive backed by an insanely fast CPU and an even more amazing GPU? Yes I will but I’ll still cringe a little when the next generation after that is released as I’m further reminded obsoletion is another generation closer. While I may cringe and think “I should have waited!” my everyday routine and work won’t; at the end of the day my new purchase is a tool for a job I love doing.

Should you wait for Apple’s new Sandybridge MacBook Pros? The answer to that question and all future upgrade questions is “if you need it now, buy it.” But what about having the newest model? If you can afford to wait, then you have a great amount of patience and flexibility.

I think this is where people become caught up in product upgrade cycles. Today’s quick paced world of upgrades have conditioned us to forget why we use technology. While having the latest and greatest is well, great, the cost of waiting is a hard price to pay. Knowing full well Apple has the next generation MacBook Pro sitting in a vault deep within the depths of Cupertino waiting to be package and sold, I still bought a current generation MacBook Pro. My needs in a computer don’t change when Apple doesn’t release an update in a timeframe that’s suitable for me. If anything, my technical needs are being delayed by waiting.

At the end of the day, our phones, MacBooks and iPods are tools. While they wear out, they shouldn’t be shunned when something new comes out a few months later. Our work and personal lives are impacted by computing devices, don’t allow your needs to be dictated by product release cycles.