Should Apple Change its Stance on Touchscreen MacBooks?

by Sean Melrose 9 years ago10 months ago

Steve Jobs, genius that he was could at times get things wrong, a fact that even he grudgingly admitted occasionally. One such thing was his stance on what would become the iPad mini. According to forbes.com in the first quarter of 2013 alone the iPad mini made up 55% of the 19.5 million iPads sold. So, doing quite well one would think.

Both Tim Cook and the late Steve Jobs before him stated at times that the idea of a touchscreen MacBook is simply not feasible. Not without reason either because they’ve no doubt done their homework on it. Their objections make sense and the ergonomic problems would be just the beginning.

“We’ve done tons of user testing on this, and it turns out it doesn’t work. Touch surfaces don’t want to be vertical” – Steve Jobs

Tim Cook, put it even more delicately – “You can converge a toaster and a refrigerator, but those things are probably not going be pleasing to the user.” 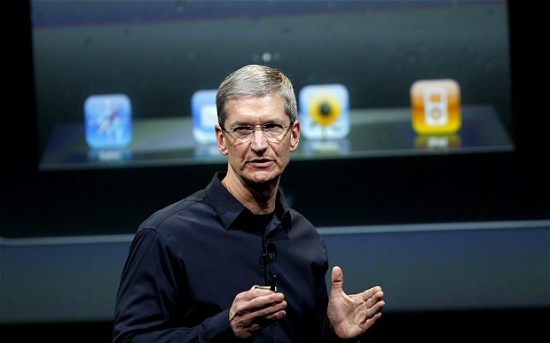 But if you cast your mind back to the onset of the three main iOS devices, what obstacles did they overcome? All these devices changed what was possible within their product category and in some cases defined entirely new categories of their own. Remember smart phones before the iPhone? Anyone who’s ever tried to use Windows Mobile 6.1 or has ever owned a Samsung U700 will know the limitations of the touch screen in pre iPhone times.

Take a look at some of the ideas that are floating around, they might not be better than a MacBook but they are interesting all the same. Touch surfaces don’t want to be vertical it’s true but they don’t have to be. The Lenovo IdeaPad Yoga (a notebook that folds back on itself to become a tablet) and the Microsoft Surface Pro (a touchscreen PC with a kick stand and detachable keyboard) seem to indicate that an idea like this is possible. Just.

Flipping the Yoga leaves the keys exposed on the bottom and the Surface Pro is probably too big and heavy for serious use as a tablet. This seems like the perfect situation for Apple to look at it and say, actually, we have a better way to do it. Perhaps it’s simply a large iPad in the shape of a MacBook Air screen, running OS X with a detachable keyboard like a smart cover? 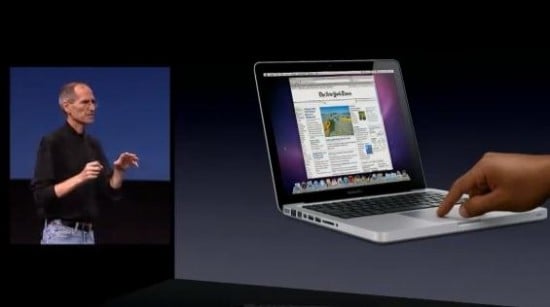 Traditionally Apple will not do something unless it works perfectly, nor do they like things with too many attachments or bells and whistles. But think of the possibility it would open up for Mac developers. Imagine using a mind-mapping app like Mind Node and being able to sort out and arrange your thoughts by touch, then being able to continue typing on your keyboard. If a seamless method for changing between desktop and mobile could be found, the possibilities would be endless.

Could it be that because the Mac has been the center of the Apple ecosystem for so long that they have become reluctant to change it?

At Apple everything goes back to the Mac, even iOS has some of its origins there. Regardless of whether Apple changes its stance on touchscreen MacBooks, you can’t deny the fact that people are reaching out to try and touch their laptop screens.