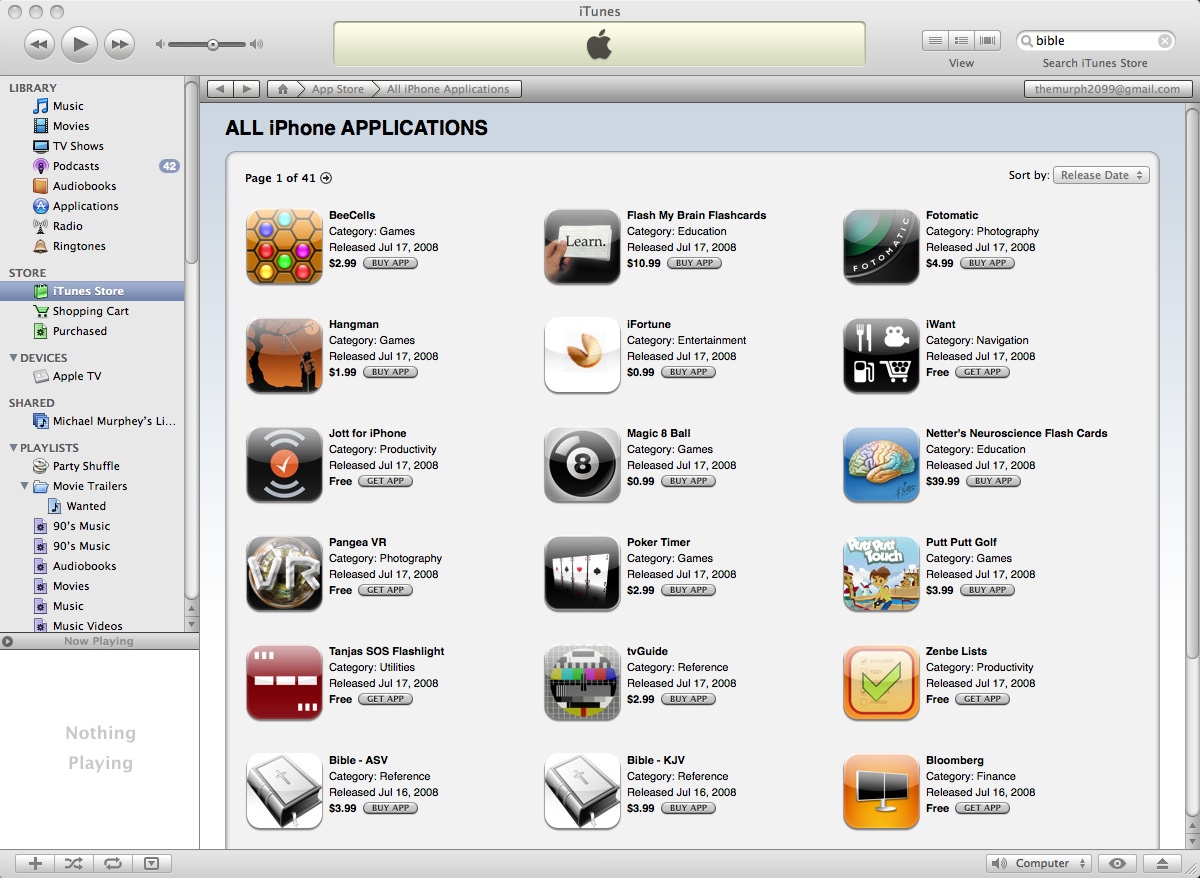 It turns out Apple is adding applications throughout the day, so two more apps were added yesterday. An ASV and KJV version of the Bible, priced at $3.99. Although, honestly, as great as the YouVersion.com Bible application (which is FREE) is, I think people are going to be hard pressed to sell copies of the Bible on the iPhone. The YV version covers all the bases in a smart, well produced UI.

Putt Putt Golf – this inexpensive game looks like a high quality version of putt putt for the iPhone. The graphics are nice and the controls work well.

Jott for iPhone – Jott has already been released for iPhone, but many users had trouble getting the service to work. I was one of them. The update today fixes those issues, and gets the service up and running on your phone. Jott takes audio messages you record and converts them to text. Expect a full review soon.