Microsoft Office 08 pushed back to Macworld 2008 because it... 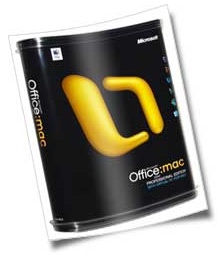 Blaming Apple’s move to Intel based chips combined with Microsoft’s move to a new file format for Microsoft Office 2008, Microsoft has officially delayed Mac Office 08 until Macworld in mid-January 2008.

“It really is just a quality issue across the board,” Craig Eisler, general manager of Microsoft’s Macintosh business unit, said in an interview Wednesday.

I suppose it’s good that they’re not rushing it out the door, but this is surely disappointing news to those looking to upgrade the number one selling application for Macs.

Personally, I gave up on Microsoft Office years ago. It’s bloated, expensive, and…you know…made by Microsoft, so I switched over to Open Office before I even switched over to Macs. Recently, I’ve started using Bean, which is a fantastic light weight word processor.

I know neither of these programs are a 100% complete solution for some business users, but I think a vast majority of readers will find they do the job just fine, and at a much better price – FREE.