Terminal, sometimes called the command line interface or CLI, is a text-based program for interacting with your computer’s deepest levels. But while it gives users more power, it also ditches the graphical interface we all know and love. This can make learning Terminal tricky, and not a little bit daunting. Fortunately there’s nothing to be anxious about: great power is at your fingertips, and you need only learn the right macOS Terminal commands.

If Terminal is brand new for you, start here. Once you know how to launch Terminal and input commands, you can come back here to expand your knowledge.

Hacking the Mainframe: Getting Acquainted 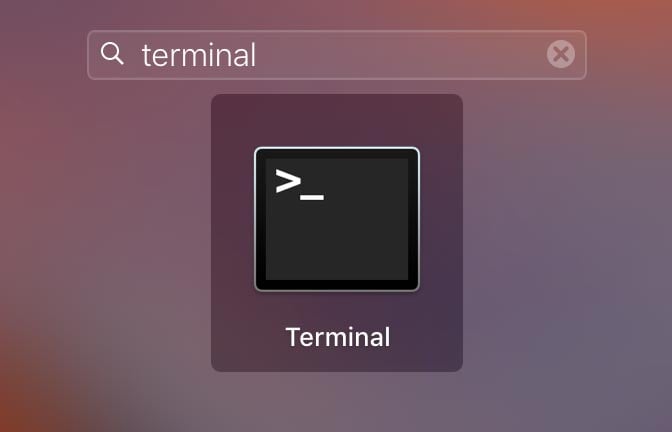 Also note that, when using the commands below, you should omit the dollar sign ($). It’s a universal symbol for “command prompt,” but it’s not part of the command itself. 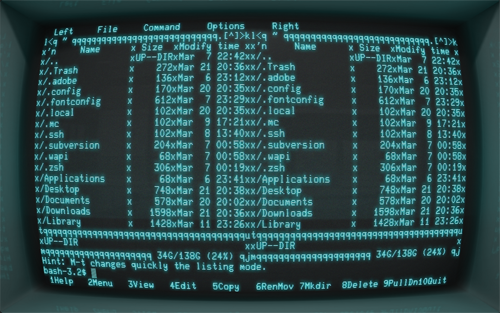 Modifiers adjust existing commands to make them do more things, or do things differently than they might normally.

sudo stands for “super user do,” and it doesn’t do anything on its own. Instead, it gives the command it’s partnered with superpowers. When you type sudo before a command, the command will be run with administrator privileges, giving you the power to do things you won’t normally do. It also gives you the power to break things very badly, so don’t use sudo unless you know what you’re doing.

After you use sudo, you’ll need to enter your administrator password. When you do, the input cursor won’t move, but the keystrokes will be captured. Just press Enter when done to execute the command.

Run the last command again, but this time with administrator privileges. And get really excited about it!

Called a “redirect,” the caret sends the output of your command to a file (AKA “file output”) instead of the Terminal window (AKA “standard output”). For example, ls > filelist.txt will send the output of ls to a text file called filelist.txt located in your current working directory. If the file doesn’t exist yet, it will be created.

This symbol, called a pipe, is found above the Enter key on US keyboards or next to the left Shift key on ISO keyboards. It will send the output of one command, like ls, to another command, like rm.

Flags are options appended to commands and preceded by one or two dashes ( – ). These flags change the way the command operates, adjusting functionality or toggling different features. A few frequent flyer flags are featured further down: 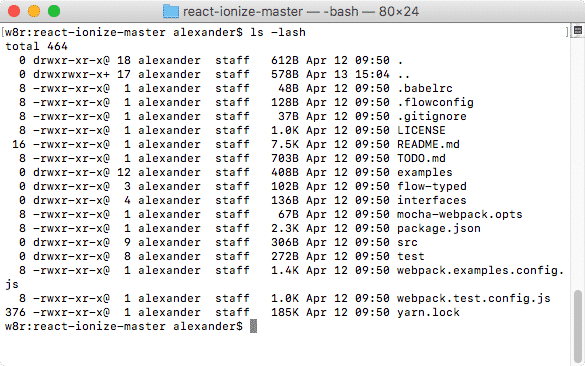 You’ll spend a lot of time in Terminal moving between directories using cd and examining their contents using ls.

The -a flag lists all the contents of directory, including hidden files. The -l flag returns the results in “long format,” which includes crucial information like file size, modification date, permissions and so on.

The -S flag sorts long format output by file size. Like all the commands below, the -S flag needs to be run with the -l flag to work. To quickly run more than one flag at once, list them one after another, prepended by a single dash.

The -h flag shows file sizes in a “human readable” format, using units like kilobytes instead of block size.

The -t flag sorts files by the time they were modified, with the most recently modified file displayed first.

We also touched on the basics of cd, so here’s a few tricks you can try out.

Without any other arguments, cd returns you to your home directory at /Users/[username]/

The two periods at the end of the command mean “parent folder,” and they will bump you up one directory level.

Changes the working directory to Brushes. Don’t forget that cd for the specified path within the current working directory. If you want to navigate to a specific path using the root directory as your starting point, you’ll need to start your file path specification with a forward slash ( / ), like /Users/alexander/Documents/Adobe. The root directory starts from your computer’s boot disk (typically Macintosh HD), so the file paths will often be fairly lengthy.

Copies the contents of first directory into contents of second directory. The -V flag is for verbose, which will cause ditto to report its progress as it copies files. Of course, you could also specify the current folder as the target destination by using the period ( . ) in place of new/folder/location.

Creates a copy of the file filename.doc in path/to/directory/newfilename.doc. If the filename already exists, the copy operation will not be completed.

Renames badname.txt to goodname.txt. Since renaming a file is essentially the same as “moving” the file’s bits to a new filename, we use the mv, or move, command to accomplish this.

Moves goodname.txt to a new directory location without renaming the file.

Removes the directory contents and all the files contained within it. The -r flag makes rm, or remove, operate recursively, while the -f flag shuts off any confirmation dialogs. The more powerful version of this command, sudo rm -rf, should be used with extreme caution. It can erase your boot drive without warning or complaint, so handle with care.

Permissions affect which users can view, edit and execute specific files. Files and folders have an owner, which is normally the user that created it, and modes, which control the users that can access the file, as well as what they can do with it.

These commands are the first commands that we’ll use sudo with. Remember that sudo elevates us to a superuser, giving us temporary administrator power. This is almost always necessary when dealing with file permissions, since not every file will be owned by your current user.

Change the owner of every file in the given directory to user af. The -R flag makes the command recursive. Of course, you could also run this in your working directory by using the period ( . ) in place of path/to/directory.

chmod stands for “change mode,” and adjust permissions for files and folders. In this example, the -R flag is again used to apply permissions recursively.

File permissions can be represented a few ways, but the “numeric mode” used above (775) is the most common. To learn about the different ways to represent permissions, check out chmod’s man page.

Now that you have these commands under your belt, you should be able to get a little more done with Terminal! However, I doubt you’ll be giving up Finder to start using mv instead. In our next post, we’ll look at expanding your understanding to accomplish more useful tasks.