How to Make Your MacBook’s Touch Bar Actually Useful

The MacBook Pro’s Touch Bar isn’t highly useful right out of the box. There might be practical tasks you can accomplish with it, but with the default settings, it’s only a cosmetic upgrade over the function keys it replaced. Fortunately, utilities exist that can dramatically improve the usefulness of the Touch Bar by allowing for deep customization.

macOS does offer some built-in options for customizing the Touch Bar. They’re limited but worth investigating anyway.

In some apps, you can select “Customize Touch Bar…” from the View menu in the menu bar. 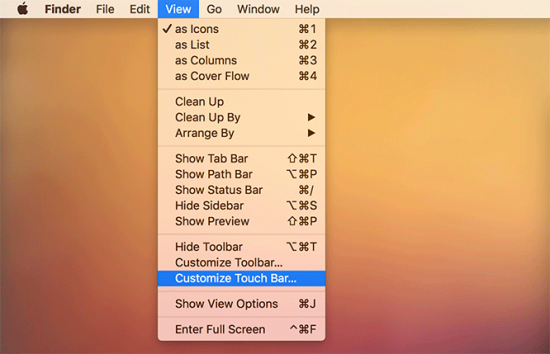 Then you can drag a set of preset options to and from the Touch Bar. It’s a lot like customizing the toolbar in an application.

The available palette of Touch Bar buttons will be different for each application. They’re typically fairly limited, and they don’t offer the kind of flexibility we want.

The Touch Bar can also be adjusted in the Keyboard pane of System Preferences. 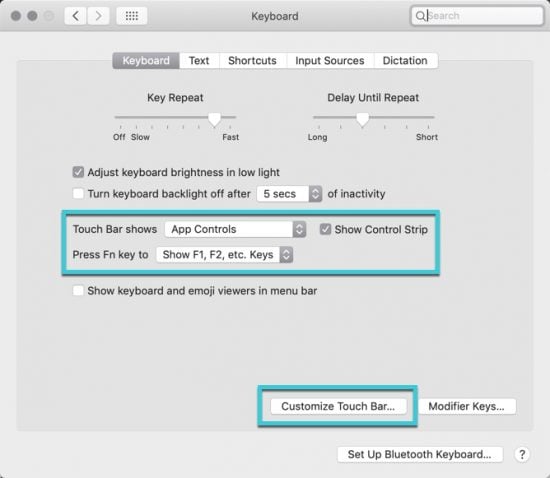 This will allow you to adjust the Control Strip, which is the strip of four to five buttons shown by the Touch Bar on the right side.

This strip can be turned off completely by unchecking the “Show Control Strip” box in the Keyboard preference pane. You can also drag icons in and out of it by clicking “Customize Touch Bar …”

BetterTouchTool has been an important tool for macOS customization for years. It was first used to create custom multitouch trackpad gestures. Today, BetterTouchTool works on nearly every input method available on the Mac, from the keyboard to the Siri Remote to the Touch Bar. 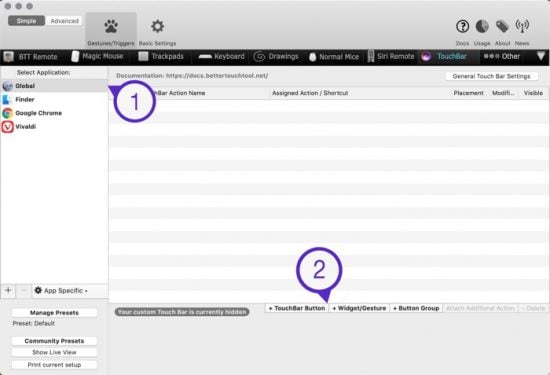 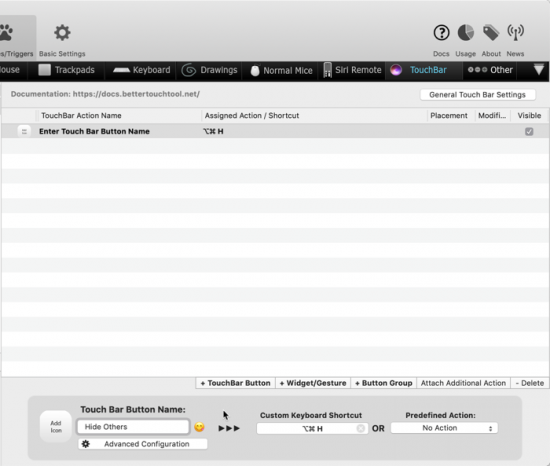 To add a simple button, click “+ Touch Bar Button.” The button can do one of two things: it can either invoke a keyboard shortcut or perform a “predefined action” from the list of options. 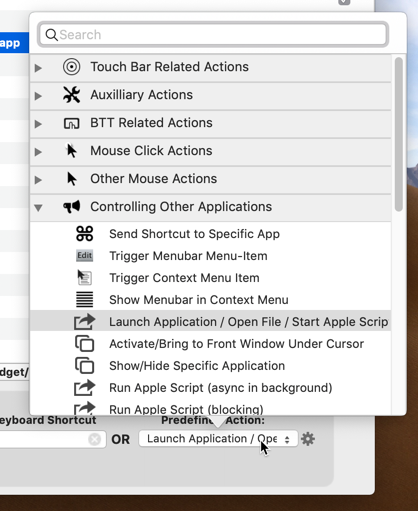 You can also invoke a keystroke with the button press by adding a keystroke in the “Custom Keyboard Shortcut” box. Place the cursor in the box, then press the keystroke you want the button to invoke.

To name the button, type the name in the text box under “Touch Bar Button Name.”

Buttons can be moved around by dragging their names. This will reorganize how they appear on the Touch Bar.

Touch Bar Widgets display information on the Touch Bar, like the current time or the CPU temperature. They can also perform actions when pressed.

From the drop-down, select the information you’d like the widget to display.

To perform an action when the widget is pressed, add an action in the normal space.

Buttons can be grouped into folder-like bins. They folders expand when tapped, revealing the contents in a new Touch Bar screen.

The group can be named and given an icon just like a normal item. However, it cannot perform an action.

Add new buttons within the group, or drag existing actions into the group.

Actions can be sorted within the group by dragging. The close group button must always exist but can be moved if desired.

A single button can be used to perform multiple consecutive actions. These additional actions will be performed in the order they are listed, with the next action firing as soon as the prior action is completed.

Select the button to which you want to attach the additional action.

An additional step will appear at the bottom of the selected action. 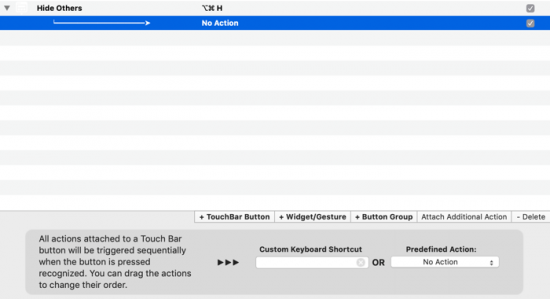 BetterTouchTool is capable of far more than what we’ve covered. We encourage you to use these tips as a starting point for your own exploration. You can also view the BetterTouchTool documentation for a detailed list of capabilities.

Getting Acquainted with the New Mojave Screenshot Tool