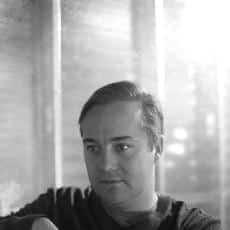 The person above is Jason Calacanis, and he’s pretty famous in the blogging world as being the creator of Weblogs Inc, a mammoth blogging company that pretty much everyone has come across in their travels across the intertubes. He also, apparently, is kind of a dick.

Last week, as everyone was getting hyped up about the iPad and it’s existence, Calacanis was tweeting about the top-secret demo unit that Apple sent him. From his Twitter feed:

facial recognition apple tablet is nuts. When you hold it up it recognizes you + pulls your desktop/apps, hand to family member it switchs 7:39 AM Jan 27th from UberTwitter

Off to bed, but I assure you I’m not joking and the specs are real…. Most of all that this is best gadget ever made and NOT overhyped. 12:05 AM Jan 27th from UberTwitter

Yes, there are 2cameras: one in front and one in back (or it may be one with some double lens) so you record yourself and in front of u. 10:54 PM Jan 26th from UberTwitter

Now, I have nothing against Calacanis. I’ve never met him, I’ve never talked to him in person, nor have I interviewed him. In fact, I’ve read a lot of the sites he helped to create. But fact is, prank or not, this is a dick move. Yes, the Apple hype is ridiculous, and no one should have believed him because of the cost of the device he was creating, but what he did was tarnish his reputation and lose my trust.

See, if I write something, I expect people to believe it. Shocking, I know, but I don’t write lies. I’ll put up a rumor – but I’ll say it’s a rumor, not pretend that it’s all real just to hype it up. It turns into the old “Fool me once, shame on me” argument, so from here on out, I won’t believe a thing he writes or says.

Sorry, but your word is your bond. And if you’re in a position where people trust you because of the reputation you’ve built, then don’t be surprised when they don’t trust you after you pull a stunt like this.