Go to Your Local Apple Store This Sunday 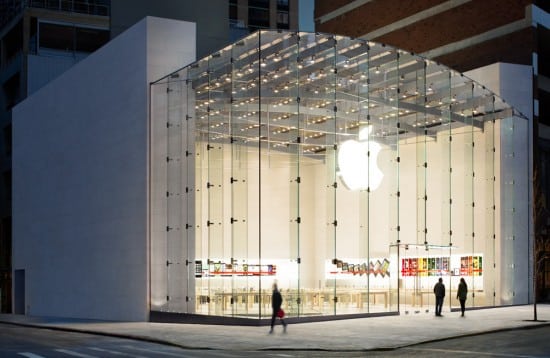 Our current policy at AppleGazette is to never report anything that’s not “hard fact,” but I’m making a one-time exception for this. Because it looks like something big is going down at all the Apple Stores around the world, and that this Sunday is going to be a very special day there that you’ll want to check out.

This Thursday, May 19th, 2011, marks the 10th anniversary of Apple’s first retail store opening. But according to reports from Cult of Mac and MacStories, Sunday the 22nd is the day Apple is choosing to celebrate their big day. Exactly what they’ve got planned is a secret on par with the military operation that took down Osama bin Laden. But here’s what we’ve learned about the preparations going on at Apple Stores everywhere.

Every Apple Store is holding a “required attendance” meeting for all employees the morning of Sunday, May 22nd, where apparently their staff members will finally learn what’s happening later that same day. They’ll also receive training related to whatever’s happening on Sunday.

The night before, an overnight shift is being planned for 10-15 employees at every store, where new hardware of some kind will be installed, and a representative from just about every department (visuals, a manager, business team, Genius Bar, etc.) is expected to be on hand. Reinforcing the secrecy around this big Sunday event, all of these “overnight shift” employees will have to lock their cell phones in their store’s main office, and they’ll be required to sign a non-disclosure agreement.

By the way, don’t bother trying to spy on the Apple Stores during this overnight shift. The stores will be putting up black curtains over those floor-to-ceiling windows.

What on earth could Apple have planned for Sunday that calls for Defcon levels of secrecy? They’ve already refreshed the iMac and MacBook lineup this year, and of course there’s the iPad 2. That leaves the possibility of the iPhone 5, or some kind of new software? Both seem unlikely. I can’t believe they’d launch a major new product without a keynote event preceding it.

My best guess: since this is an anniversary event, an across-the-board sale on Apple products makes the most sense. Though I have no idea why employees would need top secret training for a sale.