WWDC 2017 has come and gone, leaving a slew of amazing announcements in its wake. This year, Apple pulled out all the stops, announcing dozens of upgrades in a keynote address that ran for over two action-packed hours. And throughout it all, the much-neglected Mac finally got some close attention. Here’s a breakdown of the biggest Mac announcements from WWDC 2017.

Apple’s MacBook Pros are having a good run. Not too long ago, the product line hadn’t been updated for years. Now, we get spec bump Mac announcements less than a year after a major redesign. There weren’t any major changes made to the MacBook Pro, but users nevertheless have reason to celebrate. New MacBook Pros will now ship with Intel’s latest Kaby Lake processors, which have been out for several months.

Kaby Lake is not too different from the Skylake chips Apple used previously. The chips are on the same 14nm process, with only a few upgrades, like hardware acceleration for new video codecs, and only slightly faster clock speeds. The modernized chips won’t make much difference for the MacBook Pros, but the lightweight MacBook stands to see big benefits. The low-power Y-series chip in the 12-inch MacBook saw the biggest upgrade in Kaby Lake, with better power performance and higher clock speeds.

The most surprising Mac announcements of WWDC might the refresh for the long-neglected iMac line, last updated in October 2015. The new machines include Intel’s Kaby Lake processors, more I/O options and improvements to the display, graphics, storage and memory options.

The top-end iMac Retina 5K sports a 27-inch screen and ships with AMD’s Radeon Pro GPU, offering the Radeon 570, 575, or 580 and up to 8GB VRAM. Users can upgrade to 64GB of RAM, and Fusion Disks—a combination of SSDs and spinning hard drives—will now be standard. I/O gets and update as well, with two USB-C connectors that support Thunderbolt 3.

The baseline 21.5-inch iMac gets upgrades too, with Kaby Lake chips and integrated Iris Plus 640 graphics, chalking up an 80 percent improvement over the previous graphics chips. The iMac Retina 4K 21.5-inch will offer the same graphics options as its 5K big brother. Pricing for the 21.5-inch starts at $1,099, with the 5K 27-inch model going for $1,799. 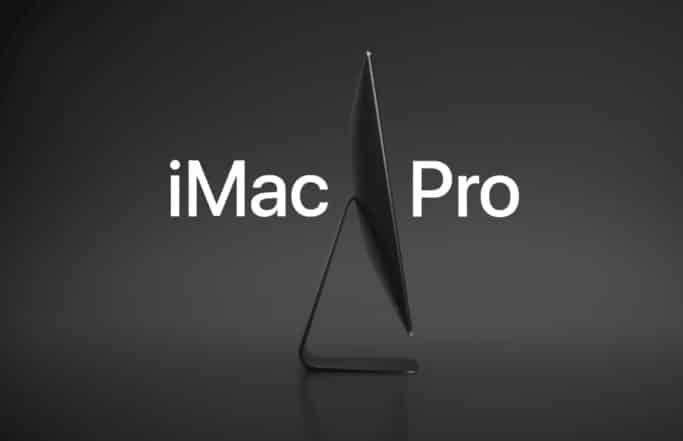 It’s been a cold world for this hoping for Mac announcements about the Mac Pro, but pro uses have something to look forward to, at least: the new iMac Pro. Shipping at the end of this year, the iMac Pro will include an 8-core Intel Xeon processor, with an option to upgrade to 18 cores, AMD Radeon Vega graphics with up to 16GB of VRAM, up to 1TB SSDs, four Thunderbolt 3 ports and built-in Ethernet. We’ll also see super-fast 2666MHz DDR4 RAM, support for 10-bit color and the power to drive external 5K displays. It comes in the same form factor as the 27″ 5K iMac, with the same screen resolution. The base model starts at $4,999. 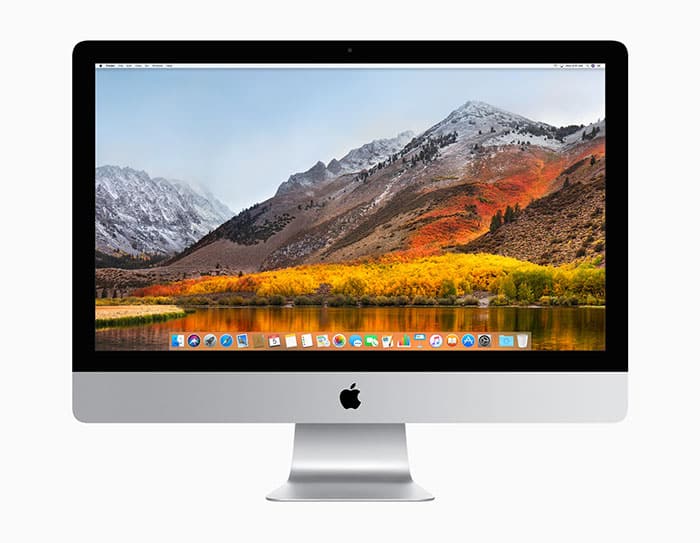 Finally, WWDC Mac announcements wouldn’t be complete without a new version of macOS. The new version of macOS, 10.13, will be called “High Sierra.” Apple hasn’t repeated an OS name since Leopard and Snow Leopard, and it looks like they see the two OS’s as having a similar relationship. Most of the updates are under the hood, without the plethora of new features that the previous point updates have offered. Instead, we see a focus on stability and upgrading internals.

Apple File System, or APFS, will now be mandatory for boot drives. Normally, this would be a little frightening, but considering that Apple was able to upgrade the vast majority of iOS devices to APFS without so much as a murmur of complaint should give us confidence that the conversion will be well-executed. This means that the new OS will have access to the awesome new features of APFS, like copy on write, instant directory sizing and system snapshots.

Built-in apps see a little love too, with a new version of Photos and Mail. Photos now includes better organizational tools, easier access to new advanced editing functions, and more Memories categories, like weddings, performances and birthdays. Exporting to third-party apps is easier too, with built-in support for external editing.

Safari brings better privacy options, with machine-learning-fueled Intelligent Tracking Prevention to help keep browsing private. Reader view can now be on at all times for a simpler web experience and nix autoplaying videos on all websites.

Siri saw some love too, with a more natural voice and support for more integration with Apple Music. It’s still woeful compared to iOS, but at least its something. Mail search is better, Spotlight is expanded, iCloud syncs Messages more smoothly and Notes now features tables (yes!) and Pinned notes that always show up at the top of your list.

This has been a banner day for the Mac. We haven’t had so much love for the platform in ages, and it feels like Apple is finally righting the ship after the disappointing launch of the MacBook Pro last October. Here’s hoping they can follow through on all these announcements and deliver amazing machines again.