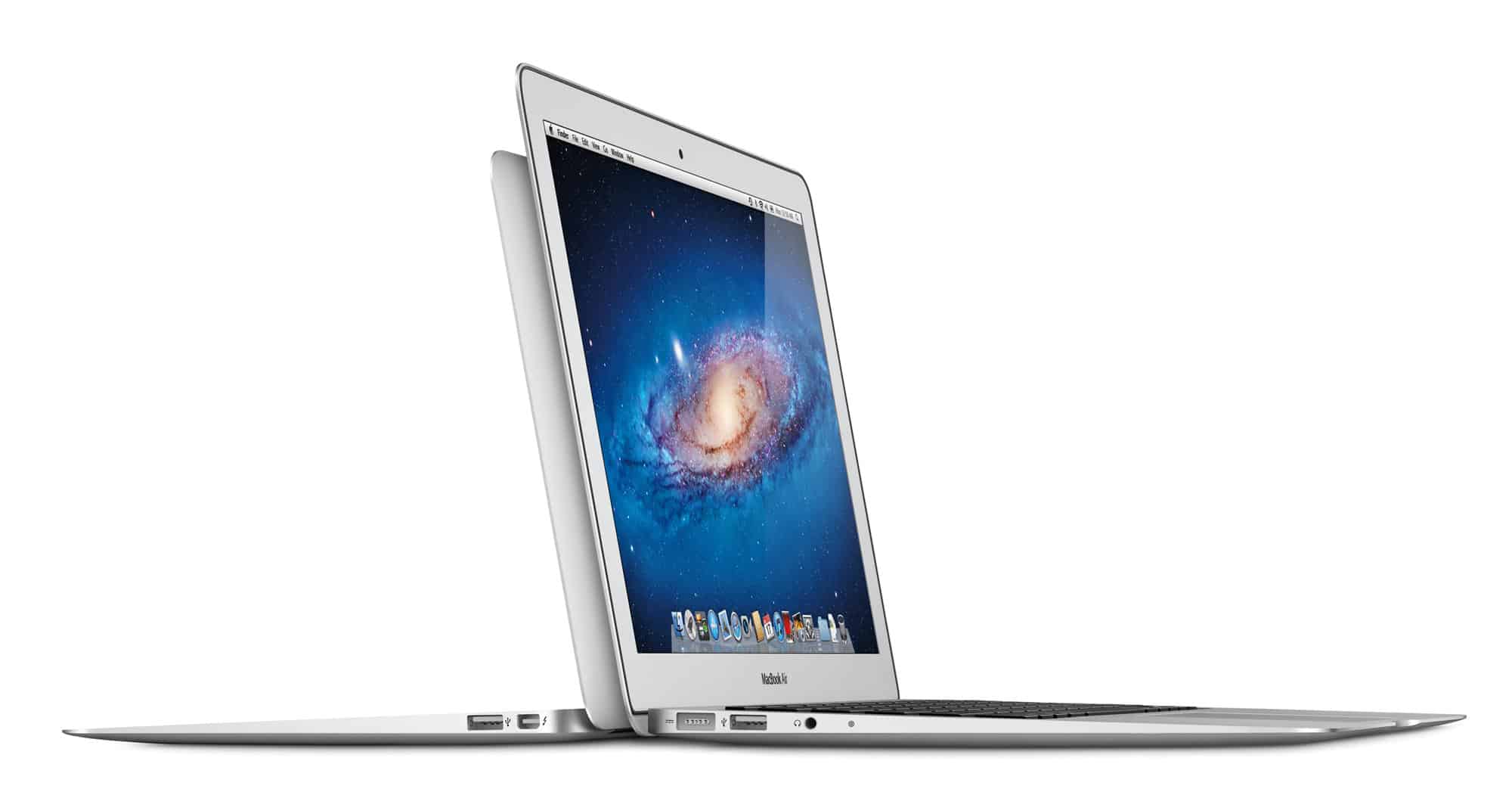 At the same time that OS X Lion premiered today, Apple also updated two of its product lines and introduced a third. (As expected.) Here are the full specs for all three. Oh, and guess what Mac product has completely vanished from the Apple Store…?

The plastic white MacBook is a thing of the past. Gone, kaput, don’t you come back no more no more. And really, will anybody actually miss it? With its 11″ and 13″ models, the MacBook Air is more powerful than ever before. Size and form factor hasn’t changed at all, and neither have the prices. But now you’re getting more power under the hood and some upgraded operability.

MacBook Airs have been upgraded to new “Sandy Bridge” Intel Core i5 1.6 GHz and Core i7 1.7 GHz dual-core processors, and Apple claims this makes the devices twice as powerful as last year’s models. Intel HD Graphics 3000 is included, along with 4GB of faster 1333 MHz memory. Apple has also added Bluetooth 4.0 to both models.

Apple’s proprietary Thunderbolt port is now built in for super-fast connectivity to peripheral devices, and the MacBook Air finally has a backlit keyboard, matching its big brother the MacBook Pro. Still no HD camera for FaceTime, though; you’ll have to settle for the low-res camera. The 11″ model starts at $999, and the 13″ version starts at $1,299. Upgrade options are available for both, including 1.8 GHz processors, more flash storage, an Ethernet adapter, and more.

With this release, Apple continues to position the MacBook Air as their intermediary device between the MacBook and the iPad.

All MacBook Airs now come with OS X Lion pre-installed, naturally. The new MacBook Airs are available to order online today, and will be in Apple Retail Stores starting tomorrow.

The new Mac Mini boasts specs very similar to its MacBook Air cousin, including i5 and i7 processors, AMD Radeon HD 6630M discrete graphics, and a Thunderbolt port. Perhaps the biggest change to the Mini design is that the 2011 models have done away with optical drives (they’re compatible with the MacBook Air SuperDrive).

The new Mac Minis will also be available in stores tomorrow, but can be ordered online right now. This is the first-ever computer display built around Thunderbolt technology so that it will connect to any Mac device with a single cord. The 27″ backlit LED display runs at a 16:9 ratio, up toÂ 2560 x 1440 resolution. It replaces the old Cinema Display.

It includes a MagSafe connector for charging your MacBook, three USB 2.0 ports, a FireWire 800 port, a Gigabit Ethernet port, and of course that all-important Thunderbolt port. It has a FaceTime HD camera built in, along with a 2.1 speaker system, and an ambient light sensor that automatically adjusts the brightness of the display.Â Apple says the screen itself has a 178-degree viewing angle, meaning you can see what’s on it at virtually any angle you view it from.

It will sell for $999 when it becomes available “sometime in the next two months.” Ah Apple, king of the world’s vaguest release dates. So there you have it. What do you think of the new lineup?