Kubxlab wants to put some elegance and style into your iPad accessories. Their first product, “mOna,” is an eye-catching, minimalistic stand that’s guaranteed to be unlike anything your friends use.

Compatible with iPads 2, 3, and 4, the little iPad stand with the odd name might be just the ticket for discerning tech-heads. It’s lightweight and ultra-portable, folding together into a shape that’s about the length of your average electric razor, but much thinner. 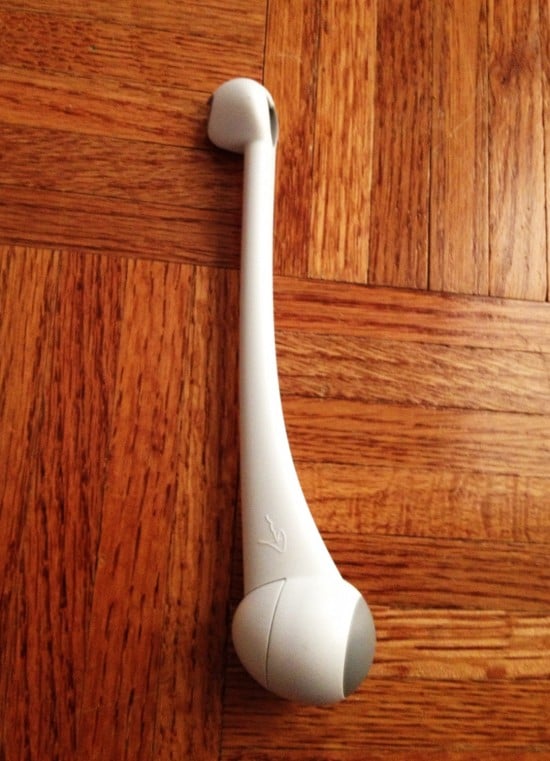 Unfolding it gives you a V shape, which can be used in three different ways to hold your iPad. The two egg-shaped ends have silicone grips on their insides which fit around the edges of your iPad. On the large, bulb-like hinge, the bottom area that holds up your tablet has the same gray silicone to ensure that your iPad stands still and rigid. 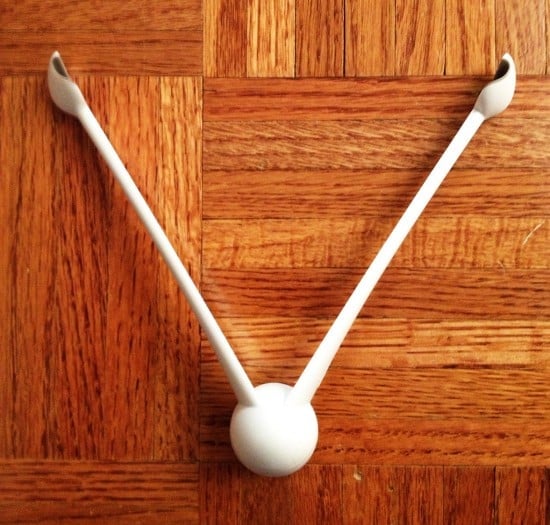 In portrait mode, mOna is a perfect marriage of form and function. It’s elegant yet hip, creating an extension that looks as if it’s not just made for your iPad, but is part of it. It also holds your iPad very firmly; I’ve used it extensively while playing Curiosity, and despite all that endless tapping on the screen, my tablet has never budged once.

But as beautifully as it works in portrait mode, it’s surprisingly irksome in landscape. mOna’s solution for holding your iPad in landscape mode is to turn the device on its side and slide the grips way down to one end. This naturally causes your iPad to be slanted, even if you place those grips as far down as physically possible. (Don’t bother trying to use it in landscape with those grips right in the middle; your iPad will see-saw back and forth maddeningly.) It works okay on the end this way, as long as you can live with the slight angle, and the occasional movement. There’s no silicone to help hold your tablet still when mOna is on its side, so the smoother your surface, the more mOna will slide around.

There’s a third mode called “incline” that raises your device a few degrees off of a surface instead of laying it flat. This mode can reduce reflection and glare, and makes it easier to view your iPad on flat surfaces. Incline works better than portrait, since you at least have some friction holding mOna to your flat surface, but it’s not a great solution because mOna’s not holding your iPad at all; it’s simply resting atop the accessory’s smooth, white plastic.

mOna comes in a nice package that holds and protects it in supple, black foam. I think it would hold up to even Apple’s exacting standards.

If you’re looking for a stand to hold your iPad in portrait mode, you’d be hard pressed to find a sexier or more minimal accessory than mOna. What I like best is how well it works while never doing anything to lessen the slender beauty of my iPad. If anything, its precision design actually enhances your iPad’s sleek aesthetics. I guarantee its elegant curves and lines will get you some attention in public. In my opinion, it looks best when attached to a white iPad.

But don’t expect it to help you much if you prefer a widescreen view (unless you don’t mind a tilted device). I can’t help wishing that Kubxlab had found a way to make mOna’s hinge versatile enough to firmly hold the iPad the same way in both portrait and landscape mode. If that were the case, I’d call it the best iPad stand ever.

As is, mOna is half of the best iPad stand ever — the taller half.