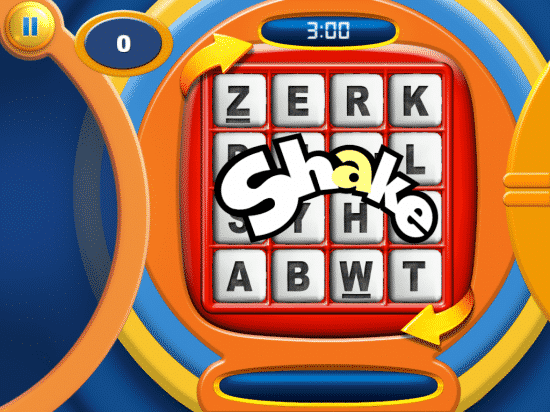 Much like the classic party game, Boggle for iPad is quick, easy-to-pick-up, and fun. With just one drawback.

The object of the game is straightforward enough: sixteen dice with individual letters printed on each side are shaken up and then settle into a tray that holds them in a 4×4 grid. On a three-minute timer, players join letters horizontally, vertically, or diagonally to create as many words as possible. Words are scored much like Scrabble, where each letter holds a point value. The more words you find, the higher your score. 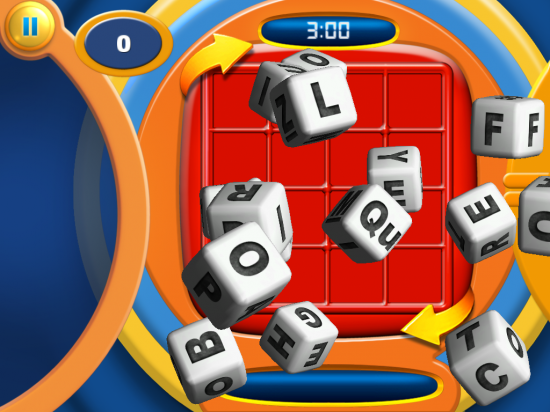 In theory, playing on the iPad should make this process remarkably simple. To start the game, you shake your iPad to shuffle the dice, and then wait for them to settle into the on-screen grid. Instead of writing down what the words you find, you trace your finger across the letters to spell them out, before the three-minute timer runs out. There’s a “Quick Play” mode, which will satisfy most players, in which a single player is taken to the dice grid, no frills, no complications. 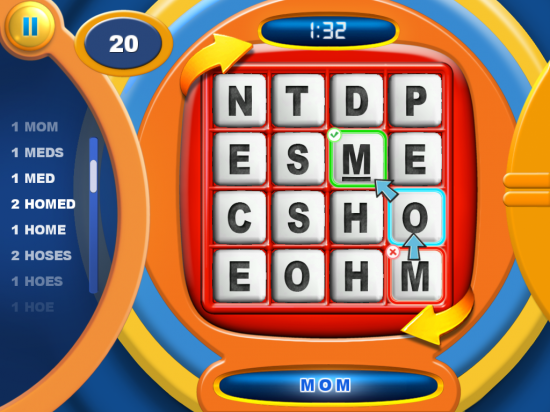 “Advanced Play” adds some variations, such as “Pass ‘n Play,” which functions more like a head-to-head game with other players. As the title suggests, you just pass the iPad to the next player when your turn is over, and then scores are compared at the end of the round. An “Advanced Mode” adds some additional twists, such as being able to change the timer to anything between one and ten minutes, or add “Portal Cubes,” which swaps the first and last dice in a word after you spell out that word. This last variation is particularly challenging, as you quickly learn the necessity of planning moves ahead, so that letters will line up the way you want.Â There’s also a “Self Score Mode,” which lets you create your own rules and score yourself however you see fit. And there are plenty of Achievements to work toward as well. 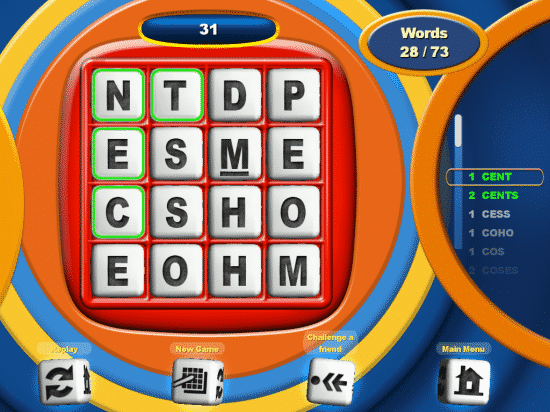 Like all of EA Mobile’s iPad offerings, Boggle has some snazzy effects and bright, high-res graphics. Unfortunately,Â the splashy presentation sometimes gets in the way of the fun. For example, the game’s biggest problem is how incredibly touchy it is when you trace letters to form words. The grid is super-sensitive, so when tracing out words, I found that it frequently grabbed letters I didn’t mean for it to. Instead of the letters merely being highlighted when you touch the dice, the entire cube jumps out of the tray and wiggles around for a second before settling back into place. It’s a cute effect, but when you’re playing on a timer, it slows down the action considerably, at times even crippling the game. It’s as if the game’s developers were so focused on showing off their clever touchscreen effects that they didn’t care about anything else.

At $.99, Boggle for iPad is an easy buy. Just be prepared to exercise great patience.