by Michael 15 years ago8 months ago
5 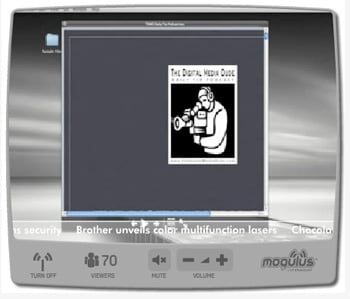 Soak that in for a minute. A 24 hour Apple News Network.

Sometimes I have a hard time filling up a 10 minute podcast, and this network is going to run 24 hours a day? I just don’t think that’s going to work…but the subject matter isn’t the only thing that I think is off track.

The “channel” runs in a window on their website 24 hours a day. 24 hour channels are as old media as it gets. If there is compelling program on this network, I won’t be watching it, because I’m not going to wait until its on. Podcasting and DVRs are the future of video distribution. These days you watch programming when its convenient for you…not the other way around.

So from the get go, I don’t think this is a great idea. It’s kind of funny that there is a news ticker running along the bottom of the page. It’s like a CNN for Apple stuff…and I just can’t see there being that much content for this thing.

I’m all for a network of podcasts that focuses on tech and entertainment…but of course, we already have that network. It’s called Revision 3. It would be great if THEY had an Apple show…but a 24 hour network is a bit overkill.

What do you think? Is this a good idea? Will you watch it?