Thoughts on the App Store and the “Podcaster” rejection

by Michael 14 years ago3 months ago
9 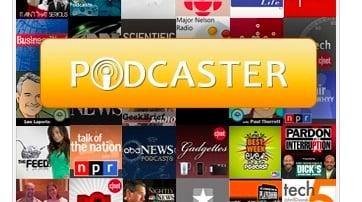 The subject of what Apple should and should not allow in the App Store has become a very “hot button” topic. The closest thing I can compare it to are politics. Politics is one of the areas where very smart people often have very dumb arguments. What I mean by that is that many of the smartest people in the world seem to lose all perspective when it comes to political discussion. Their view point is the only one that is right, and how dare anyone question it.

When, rationally, we all know that there are two sides to every debate, and that none of us are correct 100% of the time. Discussing the App store, and Apple’s current policies for accepting applications seems to generate these types of responses.

On Friday the Internet lit up because the application Podcaster was rejected by Apple. The reason they said was that “since Podcaster assists in the distribution of podcasts, it duplicates the functionality of the Podcast section of iTunes.”

That reasoning is extremely hard to understand. Now people that are supportive of Apple’s decision immediately jump on the “If I had a store that sold widgets, and someone else wanted to come into my store and sell similar widgets – why should I have to let them?” While those that are against Apple will immediately jump up and down screaming “Apple is anti-competitive! This is blatantly suppressing competition!”.

I will let you decide for yourselves which of those two categories you happen to fall under.

Taking a broader look at it, though, this reasoning doesn’t make a whole lot of sense. Here’s why.

First – Apple has allowed numerous applications on the phone that duplicate features of their products. There are hundreds of calculators available for the iPhone. Some are vastly different than the iPhone calculator, but many are very similar. There are several photo editors and viewers much like the Photos application on the iPhone, and there are even services like AOL Radio and FlyCast that stream internet radio just like iTunes. There are chat applications that feature similar functions as iChat. There is even a VOIP app called truphone that allows you to make calls over wi-fi.

Is it really possible that Apple has allowed all of these applications in, and just decided, arbitrarily to draw the line at downloading Podcasts?

I think its far more likely that there is another reason for this – and the rejection letter was worded poorly. Perhaps Podcaster has inadvertently violated one of Apple’s patents related to iTunes. If that was the case, it would make more sense for the App to have been rejected – but it doesn’t excuse the idiocy of the rejection letter.

Whatever the reason, Apple doesn’t own podcasting – they’ve never claimed to to my knowledge. They have been very aggressive in shutting down websites with “pod” in the title though, another possible reason for rejection.

Having this application on the iPhone could in no way harm Apple that I can see. If people use it for their podcasts instead of iTunes – it wouldn’t stop people from using iTunes. They have to have iTunes to sync their iPhones. So that argument doesn’t really hold much water. So why would Apple NOT want this application in the store?

If you go to Podcaster.fm and look at the web version of the Application it looks almost identical to the App or iTunes Stores on the iPhone. Again, this makes me think that there could be something related to the look and feel of the application, rather than Apple simply not wanting a competing podcast application for the iPhone.

Regardless of the true reasoning behind this, it is clear that Apple has a big problem on its hands. The company is spending millions of dollars right now advertising to the world that the App Store is going to “change everything”. If Apple isn’t going to allow competing applications – or work with developers to get Applications approved (from the conceptual stage) then high quality developers are going to develop for other platforms. It will be very difficult to seek financial backing for application development if you don’t know that the application will be approved until after it is completed. At that stage it is far too late, and if Apple rejects it – you don’t have any way to recoup your costs or profit from your endeavor.

The App Store is going through some serious growing pains. Hopefully, Apple is going to devote the time and energy necessary to help this Store reach its full potential – because it would be a shame to see it fail because of arbitrary rejections like this one.