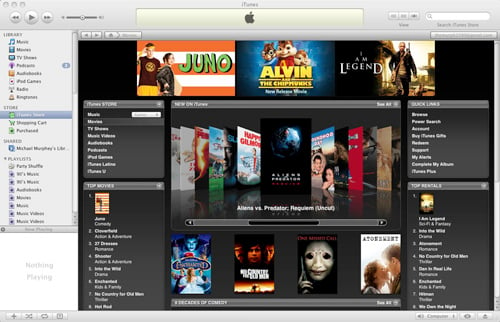 Sometimes the strangest things get blown out of proportion online. Take the Apple parody in GTA IV for an example of when I’ve done it, but this weekend MacNN and TUAW kind of lost their minds over a typo in iTunes.

See last week Apple celebrated the 5th anniversary of iTunes, and in the page in iTunes talking about it they claimed to have “10 Million songs” in the iTunes library. Later, that number was reduced to 6 million songs.

We bloggers need to calm down and drink a little less coffee, me thinks.