You are here: Home / iTunes / Apple and U2 Launch Virtual Reality Project 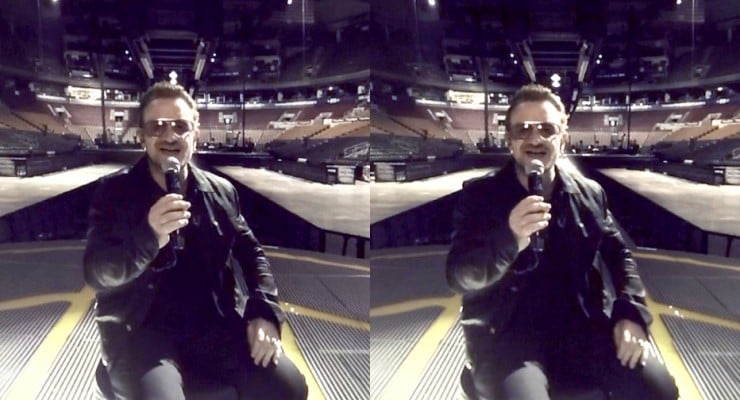 Several years ago, U2 fans got all excited about the band’s 360° Tour, and while it was limited to certain countries, we were able to enjoy the experience at the theaters.

Since then, though, we haven’t really heard about U2 and VR. Until very recently.

The band has released a new music video of Song for Someone, this time in VR.

TechCrunch reports that “the music video is part of a larger Apple Music partnership with U2 called “The Experience Bus,” which is basically an environment at concerts for U2 fans to come strap on Oculus headsets and pairs of Beats Solos to check out the “Song for Someone” music video and experience it alongside other fans.”

Even from the outside, The Experience Bus is impressive, not to mention an undeniable proof of an Apple U2 virtual reality project in the works.

The relationship between Apple and U2 has been a longstanding one, and in spite of the falling out between Bono and Steve Jobs in the past, the two parties have put their heads together once again – in something that will probably be (again) revolutionary.

If you want to get it on the VR action, watch Song for Someone via the Vrse app.

Vrse owner Chris Milk says he has been working with Apple on this project even before the launch of Apple Music.

And it doesn’t stop there.

Another VR project is in the works, this time a post-apocalyptic action film featuring Muse (one of the best bands in my opinion).

Wanna bet we’re going to see lots of these on iTunes soon?