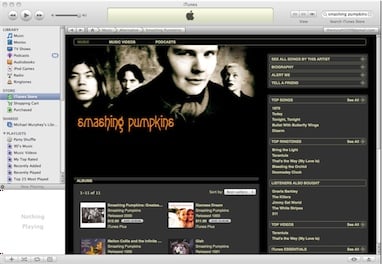 Apple today announced that they were planning to standardize the price of content in iTunes throughout Europe by lowering the prices in its UK store. What’s interesting about the this announcement, and the press release in particular (which you can read below) is that Apple makes it very clear that they are perfectly willing to drop any label that doesn’t step in line with what the EU is calling Apple out for.

AppleÂ® today announced that within six months it will lower the prices it charges for music on its UK iTunesÂ® Store to match the already standardized pricing on iTunes across Europe in Austria, Belgium, Denmark, Germany, Finland, France, Greece, Ireland, Italy, Luxembourg, Netherlands, Norway, Portugal, Sweden, Switzerland and Spain. Apple currently must pay some record labels more to distribute their music in the UK than it pays them to distribute the same music elsewhere in Europe. Apple will reconsider its continuing relationship in the UK with any record label that does not lower its wholesale prices in the UK to the pan-European level within six months.

â€œThis is an important step towards a pan-European marketplace for music,â€ said Steve Jobs, Appleâ€™s CEO. â€œWe hope every major record label will take a pan-European view of pricing.â€