No Sale of iPods in North Korea

by J. Angelo Racoma 16 years ago5 months ago 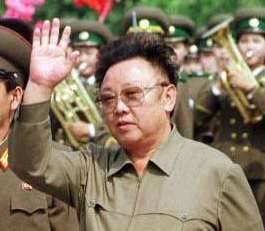 iPods hold the honor of being among “luxury items” that the U.S. government is banning from export in North Korea as a trade sanction aimed at personally annoying North Korean President Kim Jong Il.

he Bush administration wants North Korea’s attention, so like a scolding parent it’s trying to make it tougher for that country’s eccentric leader to buy iPods, plasma televisions and Segway electric scooters.

The U.S. government’s first-ever effort to use trade sanctions to personally aggravate a foreign president expressly targets items believed to be favored by Kim Jong Il or presented by him as gifts to the roughly 600 loyalist families who run the communist government.
…
[T]he list of proposed luxury sanctions, obtained by The Associated Press, aims to make Kim’s swanky life harder: No more cognac, Rolex watches, cigarettes, artwork, expensive cars, Harley Davidson motorcycles or even personal watercraft, such as Jet Skis. – Newsvine

The strongman is known to have a taste for the finer things in life–quite ironic since most of the citizens of the mostly-isolated communist country live in poverty. He is also said to give lavish gifts to his cronies as a way of keeping them loyal.

The trade sanctions are being enforced in the wake of failed multi-national negotiations for the disarmament of North Korea’s nuclear arms program.

Of course, acquisition of these goods from the black market is always a possibility. I wonder, though, if Kim has an iTunes account!