iPod Upgrading on the Cheap 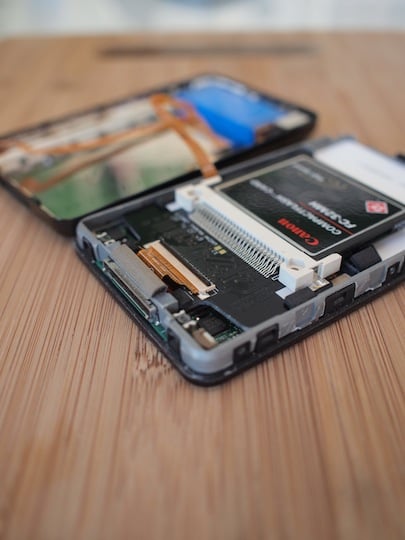 I’m not a huge fan of the new iPod lineup. The iPod Touch is nice, but it doesn’t have enough capacity for me. Granted, there aren’t any iPods that can hold my 230GB iTunes library, but if we’re talking about just music, I’m only at 36GB or so, which my ancient iPod Photo 40GB can handle just fine. I also seem to have an emotional attachment to the old music player, and frankly, it’s so old at this point that no one wants to steal the thing.

But I know that someday it’s going to fail, because all hard drives will eventually fail in one way or another. That’s why when I found this post on Unplggd, my interest perked up. Here’s the gist: Your older iPod’s hard drive fails, and you want to keep it around. Just pop open the iPod, take out the old drive and replace it with a compact flash card. Being that compact flash cards are cheap and plentiful (at least in my house), this is an affordable way to keep your old iPod in use.

It’s recycling at its finest.