Nokia reveals their iPhone rival – and it is priced... 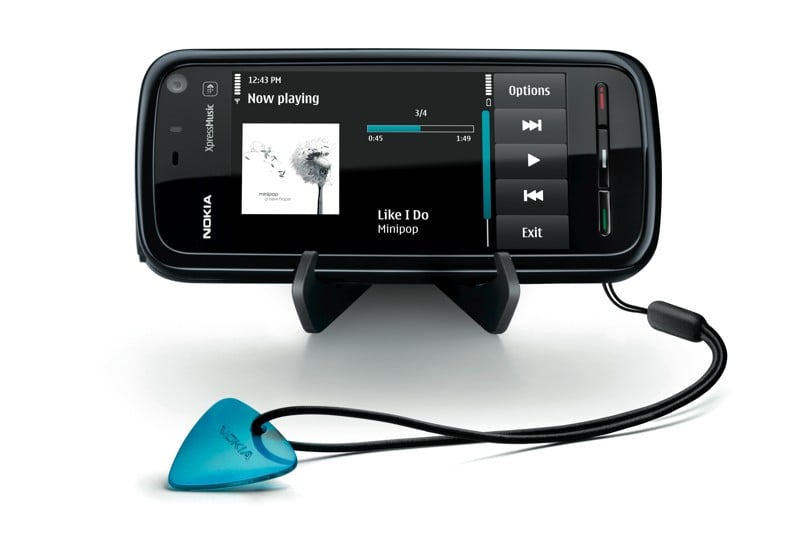 Nokia today announced their first touch-screen phone – and frankly – they threw the gloves off and came out swinging for Apple’s iPhone.

The Nokia 5800 XpressMusic is a nice looking phone that has a resistive touch screen and a 640 x 360 display. Engadget have already had their hands on it and their review compares it directly to the iPhone. Based on their comments, its clear that the phone isn’t quite as impressive as the iPhone in performance and overall build quality – but it certainly doesn’t look like a terrible touch screen phone.

The real reason for the “gloves coming off” comment is not because the phone looks superior to the iPhone – it doesn’t. It does however, look comparable to the iPhone..and its priced WAY cheaper.

In fact, for many customers signing up for a 2-year contract the Nokia WILL BE FREE.

In a time of economic uncertainty some customers may be very interested in getting an iPhone-like experience without having to drop an additional $199.

Now before any of you start spewing hatred at me for being an iPhone hater…just stop it. The Nokia 5800 is not going to destroy the iPhone – and no one here is suggesting that it is. What this is, though, and what’s encouraging here, is that Nokia is pulling out all the stops and making their own touch screen phone one worth looking at. Competition is the key to innovation, and seeing Nokia create a phone like this, for a price this cheap ($395 unsubsidized…which, again…could make it FREE for people under new contracts) is a great sign.