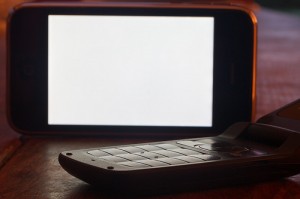 Weâ€™ve discussed the many virtues of the iPhone at length in so many articles. Itâ€™s a phone that can do practically anything. Now you can add â€œlife saving deviceâ€ to that list of features.

A Frederick, Maryland man was recently rescued after being lost in the woods with the help of his trusty iPhone. Christopher Tkacik, a 43 year old lawyer, along with his dog, got lost in the woods while hiking through the Gambrill State Park.

According to reports, Tcacik spent hours walking in circles. Upon realizing that they were hopelessly lost, he used his iPhone to call emergency services. The Google Maps app that was installed on his phone kept sending him wrong coordinates, but he was able to successfully send a text message to his wife, telling her that heâ€™s lost but was otherwise okay. The local sheriff deployed a helicopter upon receiving the call from Tcacik.

When Tcacik heard the helicopter hovering near his location, he turned on the flashlight application of iPhone in order to catch the helicopter pilotâ€™s attention. The pilot said that he immediately saw the light coming from the iPhone and was able to dispatch two rescue workers to where Tcacik was located. The workers rappelled 150 feet to help Tcacik and his dog. The whole experience lasted for four hours and Tcacik got home in time to attend a New Yearâ€™s Eve party.

Tcacik had nothing but praises for the iPhone. He said that a fully charged iPhone â€œmade a world of difference.â€ He said he couldnâ€™t imagine how worse off he will be if he didnâ€™t have his iPhone with him.