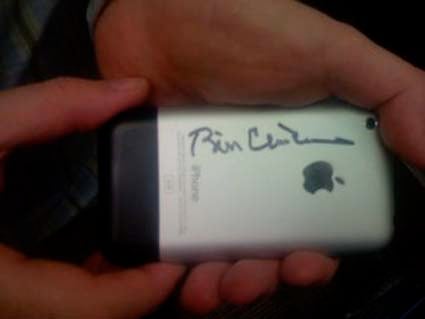 TUAW reader B. Ioffe recently met former President Bill Clinton and found out that he is an iPhone user. Apparently Steve Jobs hooked him up. You would think that Al Gore would have been able to do that – but whatever.

The image above is Ioffe’s iPhone, which he had signed by Clinton. I don’t think I’d want a presidential signature on my iPhone, but it’s still pretty cool.