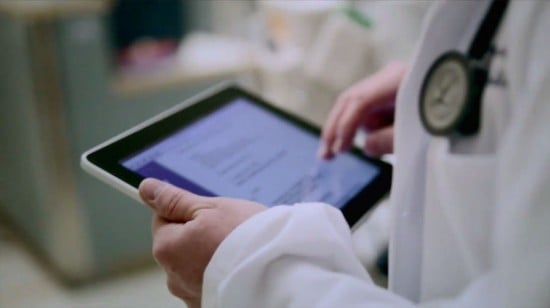 We’ve read of the ingenious ways that the Apple iPad is being used in different lines of work or professions. The media has reported of how the iPad is being used by astronauts, pilots and even garbage collectors. Now you can add doctors to this list.

A report made by Manhattan Research, a pharmaceutical and healthcare market research company, showed that 26 percent of doctors in Europe now own and use an Apple iPad. Of the doctors who don’t own one yet, 40 percent said they plan to buy one within the next six months.

The research findings also showed that in regards the amount of time that doctors spend online while working, 27 percent of it was done through the use of the iPad. It has already eaten a chunk off desktop or laptop internet access, which is pegged at 55 percent. Around 18 percent of the doctors surveyed used their smartphones to access the internet.

The amount of time that doctors use with the iPad is not with playing games but rather to access information online, read articles and watch videos. The assumption is that these activities are all work related. The research also indicated that doctors are employing their iPads to help manage and educate their patients. The iPad is a great portable device that doctors can use to show patients diagrams, lab results or other media that will help them understand their case more.

The study Manhattan Research conducted involved 1207 doctors who are practicing their profession in France, Germany, the UK, Spain and Italy.  Among these countries, it is the UK doctors that reported more iPad ownership at 31 percent.