Jim Lee and the iPad 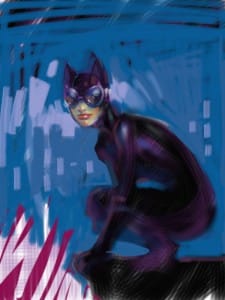 When I was younger, I was a big fan of comics. So much so that I went to school to become a better artist, eventually giving up that dream to go onto the other side of the fence – writing. But one of my favorite artists from those times was Jim Lee. I read the WildC.A.T.S. series, everything he did on X-Men, and really, anything of his that I could find. I even bought his “How to draw” video from back in the day (Nice acid washed jeans, BTW). When I found out he was on twitter, I knew I had to follow him. That was a week ago.

Turns out my timing is a bit fortuitous. Jim just bought himself an iPad, and a copy of Sketchpad Pro [iTunes Link], and made himself some art. Holy crap, I’m impressed all over again.

First up we have Catwoman, one of Jim’s first attempts on the device. Next is the iconic Joker, which was actually his second attempt since the first one got lost. The last one is Wonder Woman, his latest creation. 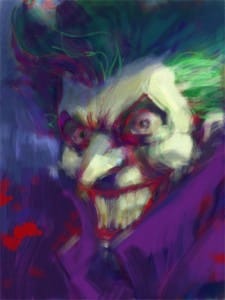 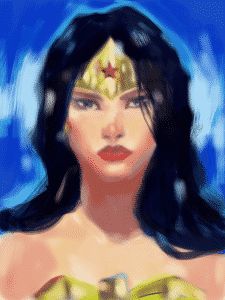 So what does the comic book legend think about his iPad? I’ll let him do the talking:

iPad thots:Ease of use & portability.Can do concept pieces on it while traveling or at cafe. Cons.:A bit hvy.Hard to use from sunlight glare

Beats lugging around a laptop and wacom 12wx. I like reading comics on it but a native form diff from current comics will evolve for sure.

Here’s to hoping we see more cool things like this from Jim and other artists. Seeing people get creative like this on this kind of device really make me feel like I’m living in the future.