iPad – Who’s Buying One and What Model? 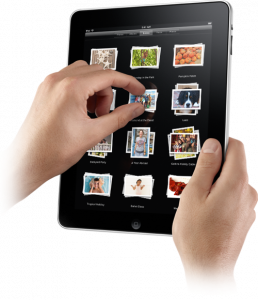 When the iPhone first came out, my boss at the time turned to me and said, “You going to get one of those fancy new iPhones?” I responded, “Not until they get MMS and can replace my old iPod.” When they introduced the 3G, it came with almost enough storage for my entire library and MMS was on the way, so I bought in, then upgraded to the 3GS a year later. This year, I probably will keep the 3GS unless it’s something really spectacular.

Which is pretty much how I feel about the iPad. I want one, I really do. But I just can’t justify the price tag for what I’d really need. That’s because I’d want at least 32gb of space plus 3G, putting me anywhere from $729 to $829. That’s almost a grand for an iPad, and since that’s pretty close in price to the Mac Mini home theater setup I’ve been dreaming of, I’m not sure if I’m willing to plunk down the money for a Gen 1 iPad. That said, I have been looking at other options which would negate the 3G, but that’s for another post.

So what about you guys and gals? Who’s pre-ordering one, what model, and what are your plans? Let us know in the comments, and we’ll discuss them in a future post.