by Kevin Whipps 12 years ago2 months ago 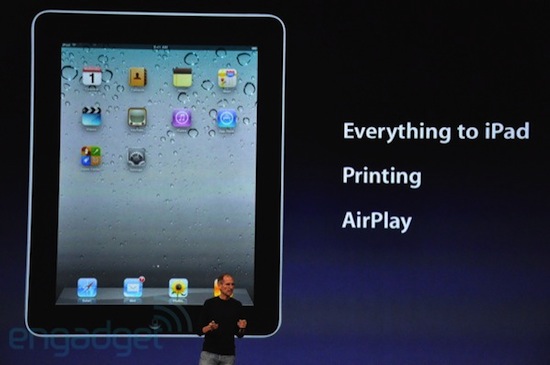 One thing that almost seemed to slip through the cracks in all of the excitement was the announcement of iOS4.2, the version of iOS that will finally unify the iPhone, iPod Touch, and iPad. For the first time, every device will have the same OS and for the most part, the same features. The one key variation which I can find is with the iPad, and that’s printing.

People have been begging for printing from the iPad since its introduction, and it’s coming now in November. It seems a bit late considering, but there are probably technical issues that a lump like me can’t figure out, so I’m not going to pass too much judgement. I think overall, the issue is more about getting 4.2 out to all devices, than it is getting out iOS 4 to the iPad, still behind the curve.

One of the coolest things about the new OS though is the AirPlay feature. Start watching a movie on the iPad and dump it over to the AppleTV with no problems. I know there have been quite a few occasions when this would have worked for me, and I can’t wait to use it.