You are here: Home / Apps / The Best City Building Games on iPhone 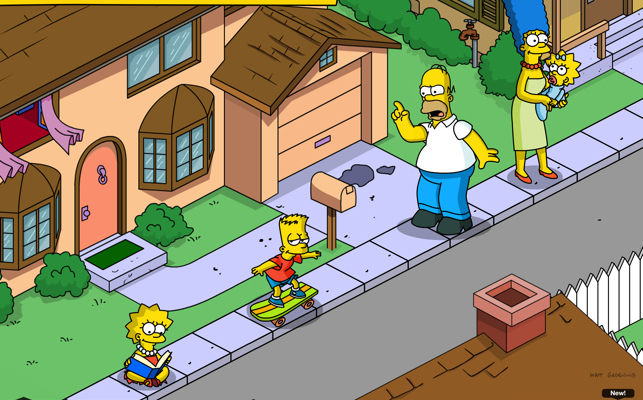 Most people use their iPhones for practical purposes such as making calls, sending text messages, checking e-mails, and taking photos. To pass the time, there are some that also use their iPhones for playing games. There are different kinds of games that you can download from the App Store depending on your preference. One of the most popular types of games is city building games.

As the name suggests, these games enable players to build their own city or town and design them as they see fit. Users can create their own metropolis and defend their properties against invaders, depending on the design of the game. There are several city building games on iPhone that you can try but here are some of the best ones available on the App Store.

If you’ve been playing the Sims franchise since it was first launched, then this city building game for iPhone should look familiar to you. Designed by EA Games, the SimCity BuildIt is an iPhone game that allows users to build and grow their own city. The player serves as the Mayor of the city and should look out for the citizen’s best interests. You can build houses, construct roads, and set up stores to build your community.

As the Mayor of the city, you can also collect taxes from the citizens. You can use these taxes to make deals with other cities that will benefit your citizens. As the game progresses, you can train your citizens for them to acquire more skills. You also hold the power to control the utilities of your cities. This includes electricity, sewage treatment, water, and sanitation.

For beginners who want something a little bit light for their first city building game, check out City Mania: Town Building Game. Players can build several buildings and expand their properties as the game goes on. This game also allows you to customize your town the way you want it to look. You can add famous landmarks in your town such as the Eiffel Tower or the Space Needle. Design it any way you want until you achieve the desired look and feel of your town.

Aside from buildings, you also manage different types of people in your town. These people will make up the community that you desire. They include policemen and construction workers. If you ever need more help, you can borrow citizens from your friends. Should your town run out of money to construct, you can visit the marketplace to earn some extra cash.

One of the most well-known city building games online is Clash of Clans. Offered by Supercell, this game has a lot of features to get you going. It’s not a typical game where you build houses and stores. Instead, it enables players to build their own village and raise their own clan. As the name implies, your clan would have to battle against other clans so you can expand your property and build your empire. Like a true warrior, you learn not just offensive tactics but also effective defenses.

There are various ways for you to defeat your opponents. You can combine lethal weapons and spells to fight your opponents and win the wars. Part of building and fortifying your clan is to train your troops so they can improve their skills and protect the clan. In addition, you need to ensure that building supplies and weaponry are always in stock, as they are essential in your livelihood. This game also features special events and challenges that you can take part of. It’s definitely a game packed with action and excitement.

Going back to cities, another game worth checking out is Megapolis: City Building Sim. If you’re one who’s into strategies, you’ll certainly enjoy this game. There are several rules of the market that players have to adhere to when playing this game. The key is how to circumvent these rules to be able to build your desired metropolis.

It doesn’t just stop at building skyscrapers in this game. You can also upgrade your infrastructure to improve your metropolis and your community. Aside from buildings, you can construct airports and railways. The game also features contests that players can join to win awards. In addition, you also have your own military where you can show your might and make weapons.

The Simpsons: Tapped Out

The Simpsons is one of the most popular cartoons of all time. If you’re a fan of this series, you shouldn’t miss out on their city building game called The Simpsons: Tapped Out. Just like the TV show, this game also provides comedy aside from the usual city building concept. Players can build their town from scratch with plenty of tools to choose from. You get to collect and dress up characters in the game.

The goal of the game is to take control of, grow, and protect Springfield. Aside from building houses, you can grow businesses and expand your town. Every decision you make for the town is vital to its growth and prosperity so think wisely. In addition, you have to make sure that Springfield is protected from the Halloween monster invasions. It’s definitely a fun-filled game worth trying out.

If you’ve been city building games for a while now, then you’ve probably already played one of these. Then you know that these games aren’t kidding around when it comes to entertainment. If you’re trying out city building games for the first time, why not already start with the best? These games offer a lot of features that you will surely enjoy. Download one today and get hooked for good!