You are here: Home / AppleTV / 4 Must-Have Apps for Apple TV 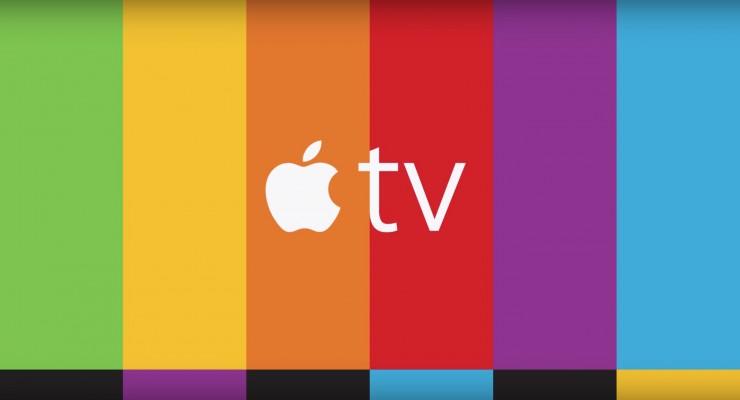 The new Apple TV has been out since October, and it’s really starting to come into its own. When it launched, there were fair questions aboutÂ whyÂ it launched; the TV’s App Store was pitifully stocked, tvOS still felt a bit awkward and there was no easy way to input text. (Really, Apple? No support for bluetooth keyboards? I can’t believe that’s something I can legitimately complain about.) But today, the fourth generation Apple TV is a fun little gadget for $149. It’s slowly becoming what Geoffrey A. Fowler at the Wall Street Journal called a “giant iPhone for your living room.” Just months after the Apple TV’s official launch, app developers are doing some really interesting things with this new Apple device. Here are 4 must-have apps for Apple TV.

If you’re familiar with my Twitter feed, you already know that I’m a huge fan of Pluto TV. In college and graduate school, I was a self-proclaimed cord cutter, and when I found Pluto TV, my cord cutting life totally changed.

If you’re one of the approximately 7 billion people who don’t follow me on Twitter and have also never given Pluto TV a test drive, you’re missing out on a great video streaming app that curates TV shows, music, movies, news reports and other great content and serves it up to you in a very TV-like experience. Pluto TV organizes the content into “channels,” making it easy to sort through and pick out exactly what you want to watch.

And did I mention that it’s free? If you already love using Pluto TV on your iPhone, iPad or Mac, you’re going to see this very cool app at its very best. Yes, Pluto TV has been available on a few other streaming boxes, including Amazon Fire TV and some ROKU devices, but for people who have been sticking things out with the previous version of the Apple TV, the third generation, having access to Pluto TV on yourÂ actualÂ TV is a big deal. It provides a very TV-like experience that makes it easy to get your news, see a few movies and catch up on some of your favorite shows — all without cable!

If you’re using a new Apple TV, take a look at Pluto TV in the App Store and give it a try. Just don’t forget to cancel your cable subscription.

CBSN is another great app for the cord cutters among us. If you love watching cable news but hate paying for cable, CBSN can attempt to fill that void. CBSN is a relatively new news app, but it fits in the same category as older Apple TV apps like Sky News and CNNgo.

While it’s unclear how long CBSN will remain a priority for CBS, the app is a great option for getting your quick news fix. Thankfully, it’s no FOX News or MSNBC, but CBSN gives you live broadcasts throughout much of the day and even has its own original material. The CBSN Apple TV app lets you go back in time and watch previously aired stories or watch live, and while there are a few commercials between news stories, they aren’t that distracting, and when you’re getting the content for free, watching a few ads isn’t such a big deal.

There are a lot of weather apps available on the Apple TV App Store, but none of them are quite as cool (and yet virtually useless) as Mars Weather. But that doesn’t mean that this app isn’t a must-have. Go ahead and download a handful of your favorite weather apps, and use those for helping you pick out an outfit for the next day, but if you’re a science nerd, Mars WeatherÂ has to be on your Apple TV.

Mars Weather shows you basically what you’d see on any other Apple TV weather app, things like the temperature, sun rise and set time and wind speed — but it’s allÂ on Mars. The current weather conditions are paired with great images from NASA’s Mars Rover. Looking at these pictures on a big screen sort of makes you feel like you’re on Mars, even for just a second. It’s very surreal.

This app is free, but you can purchase upgrades and get access to more real images of Mars from the Mars Rover. If you love noir films and playing fun games on your Apple TV, Calvino Noir is definitely a must-have for the Apple TV. From the film noir plot to the absolutely stunning graphics, Calvino Noir really packs a punch! And it can all be played right from your couch, with the little black Apple TV remote.

I’ve made the point several times that the Apple TV is clearly not a “gaming” device and nobody is going to buy the new Apple TV simply for the gaming opportunities (unless Nintendo or another major platform releases some tried-and-true franchises for the device), but if you already have an Apple TV and you’re done watching Pluto TV, a quick game can be really fun. Full disclosure: the voice acting is pretty awful, but like some classic noir films, you just have to enjoy it.

What are some of your must-have apps for Apple TV? Let us know in the comments below.