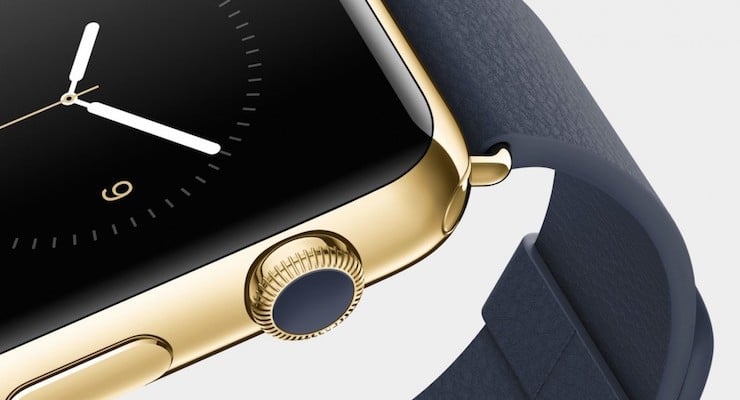 The Apple Watch has been out for a couple of weeks now, and by all accounts it is another resounding success for the same company that brought us the iPhone and iPad. Now that the device has been in the hands of actual consumers for some time, we’ve begun to get a better sense of its strengths and weaknesses. While it is clearly a revolutionary device in many ways, it also has some room for improvement in both its software and hardware. Just what Apple has in store with future models of the Watch remains to be seen, but it isn’t difficult to speculate on where they could be headed with its latest product, and how it intend to lure more customers to the wearable in the future.

One of the biggest complaints about the Apple Watch so far is that most of the third-party apps aren’t very good, and that they run incredibly slowly. Thats because Apple doesn’t allow any of those apps to actually be installed on the Watch itself, and run natively on its relatively powerful hardware. At least not yet anyway. Apple’s own apps come preinstalled on the device, and as a result they run very smoothly. But all third party software is currently confined to the iPhone the Watch is tethered to, which is causing a bottleneck in terms of speed and efficiency. This will change soon however, as Apple has already said native third party apps will be allowed later this year. Expect the next version of WatchKit to be unveiled at the WWDC in June, and perhaps native apps will follow soon thereafter.

A few critics of the Apple Watch have said that the device is hampered somewhat by the fact that it requires an iPhone to function fully. While it is true that the Watch is capable of doing a few things on its own – most notably playing music and tracking motion – for the most part you will need an iPhone to get any real benefits from the device. That requirement isn’t likely to ever change, but it is possible that the Watch could gain more independence through software updates and future hardware revisions. Off loading some functionality to the wearable seems logical, provided those features don’t require a data connection. Apple is more than likely already looking for ways to improve in this area, but considering how much the Watch depends on notifications, alerts, and updates from the iPhone, I wouldn’t expect to see any huge steps forward. The Apple Watch was always meant to be a companion piece to an iPhone, and it will remain as such for the foreseeable future.

The Apple Watch has also been criticized for having subpar battery life and requiring a nightly recharge. While most have found that the device provides more than enough juice to get them through a typical day, others have had problems attaining that goal on a consistent basis. As with all of their products, Apple is greatly concerned about delivering better performance from the Watch’s battery. I would expect future versions of the wearable gadget to improve incrementally in this area, but better software could make as much of a difference as upgraded hardware. There is no doubt that Watch OS is still being refined, and the apps that run on it are far from efficient at this point. Over time, these issues will be worked out however, and I would expect that even the first generation Apple Watch could see its battery life improved. As an example of how this can happen, one only needs to look at impressive gains the Moto 360 made with its own battery life through post-launch software upgrades.

Many Watch owners who are using it as a fitness tracking device have said that it would be the ultimate workout tool if only it had onboard GPS. That way they wouldn’t have to carry their iPhone with them on a workout, and could even listen to music stored on the Watch via Bluetooth earbuds. While having its own GPS chip that works independently of the phone sounds like a good idea, it probably won’t happen anytime real soon. Not only would adding GPS potentially increase the size of the Watch, it would also put a tremendous hit on the battery as well. While I wouldn’t rule out such an addition on a future version of the wearable, I certainly wouldn’t expect it to come too soon. For now, we’ll probably just have to settle for carrying our phones with us, or using the Watch’s much less accurate auto calibration system to track our movements. Nearly everyone has said that the included digital watch faces that come preinstalled on the Apple Watch are fantastic, and show the level of care that Apple has put into developing the product. But, others have indicated that they would like to see third party faces offered through the App Store as well, allowing them to customize the look of their Watch even further. It seems like a no brainer for Apple to allow third parties to create and sell watch faces, but they are also likely to be incredibly stringent on the requirements of that software. I imagine that Apple will eventually open up the Watch to further customization in this way, but they will also probably reject a lot of third party watch faces that don’t meet the company’s own high standards for design. Tim Cook himself has said that the Watch is Apple’s most personal product to date, which means that those who wear it want it to be unique and distinct. That can happen with more customizable watch faces, but it may be some time before we can download any faces that weren’t designed by Apple.

These are just a few ideas on where the Apple Watch could be headed in the future. What areas of the Watch experience would you most like to see improved?