You are here: Home / Apple Pay / How You Can Use Apple Pay For Your Crypto Transactions 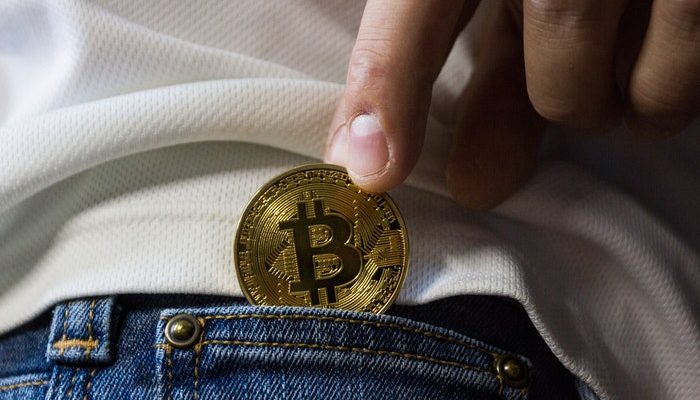 In case you missed it, Apple users are now able to do buy and store their cryptocurrencies through their Apple Pay. This is especially good news for those who frequently do crypto transactions. If you’re curious on how to do some basic crypto transactions on your digital wallet, read on to know more.

Various programs are now allowing the use of Apple Pay as a payment method to buy cryptocurrencies. Opera, the world’s first blockchain-enabled browser, announced this year that users can now buy Bitcoin and Ethereum through their browser. In partnership with Wyre, a US cryptocurrency-brokerage firm, Opera now has a built-in crypto wallet that allows its users to directly do crypto transactions in it.

Other than Opera, other crypto wallets available for iOS users are also now opening their doors for Apple Pay. The multicurrency crypto wallet, Spend, integrated with digital wallets like Google Pay and Apple Pay. Users are now able to do more than store purchases and money transfers with Apple Pay. With the use of Spend, users can link their Spend Visa Card or Spend Virtual Visa Card to their digital wallet. From there, they can do transactions with any of the 16+ supported cryptocurrencies of Spend. With this new update, they describe Spend as “the only digital wallet ever needed again.” Since the app will allow users to store, withdraw, send, and spend money on any of their supported cryptocurrencies and 27 fiat currencies in different places.

Some of the other benefits listed on their website is instantly converting your money whether USD to CAD, or XRP to LTC; secure storage that has the highest level of AES encryption with PCI DSS Level 1 Certification; the ability to buy cryptocurrencies from your bank account and transfer funds in over 180 countries, and more.

One of the most important transactions done with cryptocurrencies is trading. This is why there are several apps and websites available that cater to crypto traders like CryptoSoft Software. Coin Wallet is also another app for crypto traders who make security as their priority. Moreover, like Spend, they also added an Apple Pay integration feature in their app. This update happened after partnering with a fintech company that allows payment processing of digital currencies using ordinary credit cards for web and mobile developers.

Coin Wallet is compatible with any ERC20 and ERC223 tokens and supports cryptocurrencies like Bitcoin, Litecoin, and Ethereum. Now, iOS users can use their Apple Pay to buy and exchange these supported currencies. The app has also made transactions much easier; all the user has to do is go on the Exchange tab, select the Buy button, and choose one of the available payment methods: credit card, Google Pay, or Apple Pay.

As mentioned before, Coin Wallet is known for its security. It gives its user complete control over their private keys and no information leakage during transactions. Moreover, the app does not have third-party advertisements. In short, Coin Wallet is an app that provides its users to directly access blockchains with a user-friendly interface. With this integration, crypto traders are now able to not only transact with better security but also with more ease.

There are also several other crypto wallets available on iOS that accept Apple Pay as a payment method for buying cryptocurrency.

Other smartphone brands are already adding features into their phones to attract crypto users. HTC is one such example with its Exodus product, a blockchain-powered smartphone that allows users to store private keys. On the other hand, Samsung will promote their newest addition to the Galaxy series, Galaxy S10, as a blockchain-driven phone. Its most notable feature is the Samsung Knox, a cryptocurrency storage program; and the Blockchain Keystore, a crypto-integrated wallet.

While Apple has yet to add those kinds of features in their phones, it’s not new that they have been eyeing the blockchain and cryptocurrency industry for a while now. In fact in a CNN interview last year, Jennifer Bailey, the Vice President of Apple Pay said, “We’re watching cryptocurrency. We think it’s interesting. We think it has interesting long-term potential.” Jack Gold, a principal analyst from J.Gold Associates, further adds that Apple may not be releasing anything right now. However, “I’d guess that Apple will react to what others are doing in cryptocurrency…, but only after time to evaluate how successful [they are] and what problems arose,” he says.

Other than Apple Pay, they also released the CryptoKit framework during the WWDC19. The CryptoKit is designed for developers – to help them create common cryptographic operations much easier. These operations include generate keys for data encryption, use public-key cryptography for the creation and evaluation of digital signatures, and more. Earlier this year, Apple also released SwiftCrypto to make the CryptoKit APIs available to Swift developers.