Thoughts on the WWDC 2008 Keynote 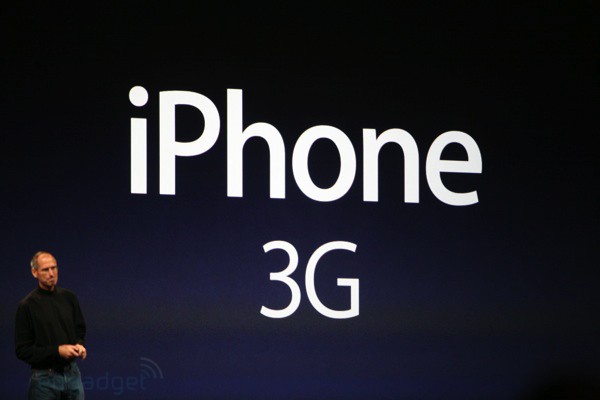 Yesterday was a very interesting day for a number of reasons. I am still shocked to see Apple go the “Snow Leopard” route. I think that’s a terrible move on their part – although I am glad to see that, so far, there has been no mention of that being Intel only. I was also surprised to see the iPhone reduced to $199.

That’s an amazing price drop that will take the iPhone to a new level. In a lot of ways, it seems like that price drop may make Apple the “Microsoft of Mobile”. By that I mean that Apple could finally achieve the level of market dominance that Microsoft received with Windows in the mobile world. It’s a huge announcement – and one that shouldn’t be ignored.

There was something else going on at the Keynote though that I found very interesting. Often times Steve Jobs’ keynote are geek versions of a rock concert. There was still quite a bit of hooting and hollering at this year’s keynote, particularly when the 3G iPhone was announced. Typically these Keynotes move from one exciting thing to another, and are probably more entertaining than they should, but this year the Keynote was different.

This year the Keynote was kind of boring.

By the time all the developers were finished showcasing their apps, and Scott was done showing us the iPhone SDK again, I was completely bored with the entire presentation, and based on reading other live coverage notes, I don’t think I was the only one. That’s not a bad thing, however.

This Keynote focuses on showing developers what they can do with the iPhone SDK, and then giving them all the motivation in the world to develop for it by announcing a $199 iPhone. It was a good Keynote because it was actually FOR the developers – the target audience – instead of all of us watching at home or in the audience. It wasn’t a show for us – it was a Keynote for developers at a developer’s conference.

Those of you that may have been bored by it that aren’t developers or interested in development – GOOD. That’s the way it should be.

It’s also worth noting that Jobs lent the stage to both Scott Forstall and Phil Schiller for a large portion of the presentation. Just like the March 6th event. As Steve gets older it looks like they’re getting us used to seeing other people on the stage besides Steve. Sure, we’ve seen Phill on stage before, but normally a Keynote is a Jobs’ dominated presentation, and this time he was happy to let others do the presenting. It’s a transition that no Apple fan is looking forward to, but one day Steve Jobs will retire, and someone will have to take his place. I get the impression that Jobs is reducing his role in the presentations for exactly that reason, and that we’ll see more of that from him in the future.

All in all, I thought it was a good Keynote, and I eagerly await the release of the iPhone 2.0 software update.

What did you think?