by Michael 15 years ago8 months ago
2 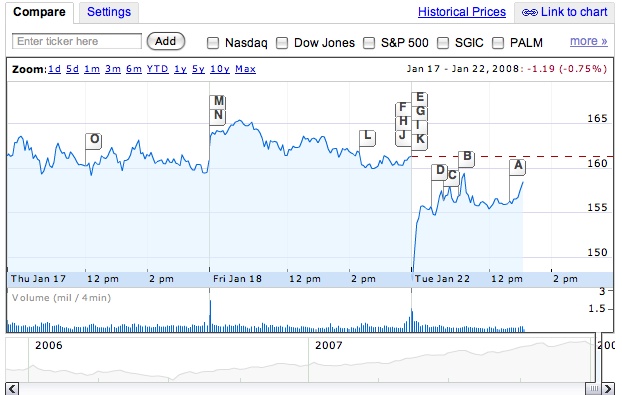 Later today we’ll have the results from Apple’s 4th quarter earning call. If things go as they usually do, Apple will issue a press release before the call actually begins with all the financial information included.

Piper Jaffray analyst Gene Munster has lowered his sale estimates for iPods today, just hours before the call, which some are taking a sign that numbers might not be as stellar as originally hoped. Originally he had estimated 24-25 million iPods sold, then last week he bumped that number up to 25-26 million, and now he has bumped it back down to the original numbers. Personally, I put ZERO value in analyst estimates, and so I can’t really say it affects my feelings on the potential earnings at all.

Regardless of how you feel about it – we’ll be seeing the final numbers shortly, and we’ll know for sure.