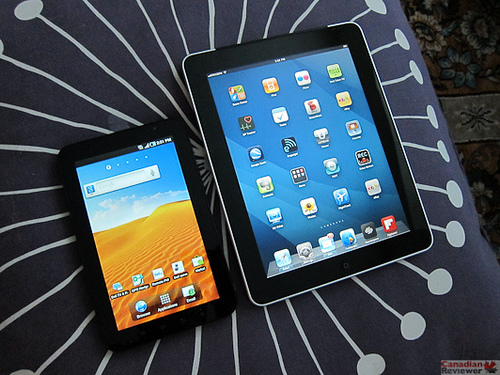 Apple recently gained a small victory when it won an injunction against Samsungâ€™s Galaxy Tab, forcing the Korean manufacturer to remove the Galaxy Tab 7.7 from the companyâ€™s display and booth at the recently held IFA in Germany. But now another battle is looming and this time Apple may have to make some drastic moves if it hopes to win.

A judge in an Australian court, which is also another frontline in the current Apple vs Samsung battle, has decided that for Apple to succeed in banning the sales of the Samsung Galaxy Tab 10.1 in the country, it will have to reveal an Apple secret, the regional sales figure for the Apple iPad and iPad 2.

Bennett does make very logical sense. The ball is now in Appleâ€™s court. Will the guys at Cupertino be willing to divulge their sales figures â€“ numbers they have been known to guard quite well.