You are here: Home / Tutorials / How To: Make Launchpad Useful 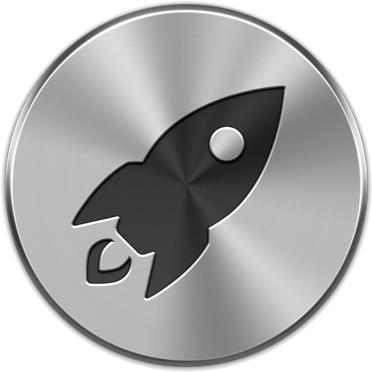 OS X Lion feature Launchpad is an interesting idea. It’s meant to make it quick and easy to access all of your applications, iPad-style. But anyone who’s attempted to use it knows one simple fact: it’s cluttered and useless. Here’s how to tame it.

When you first click on Launchpad, it presents you with several screenfuls of apps that represent every program you have installed on your Mac. And they’re wildly disorganized. If you have anything more than the standard apps installed on your computer, Launchpad can be so overwhelming that you’re likely to just ignore it.

But Launchpad isn’t a lost cause. It just needs some wrangling.

You can access Launchpad by either clicking the little silver rocket icon, or by doing a pinch gesture that uses three fingers on one end and your thumb on the other.

First, you’ll want to decide what apps you want in Launchpad. Anything you don’t want on your computer at all (like maybe that weird game you don’t remember downloading and have never played) can be outright deleted, right from inside Launchpad. Click on the app’s icon and hold it down until it starts to wiggle. You can also hold down the “option” key on your keyboard to achieve this same effect. To delete an app, just click on its little “x”. You’ll get an “are you sure” message, because this will be a permanent delete. So only do this if you’re sure you want it gone for good. But what about apps that you don’t want to delete forever, but that you don’t need in Launchpad?Â Lion doesn’t come with any way of removing apps from Launchpad, but fortunately a fellow named Andreas Ganske has created a helpful utility called Launchpad Control that makes this easy. LC presents you with a simple checklist of everything currently showing in your Launchpad. If there’s an app you don’t want there (say, an obscure utility like ColorSync), just uncheck it and click the “Apply” button in the bottom right corner. Just like that, your unwanted app(s) disappear from Launchpad, but they’re still in Finder.

(Note that Ganske warns users to “use Launchpad Control at your own risk,” which is a simple way of saying it’s an untested piece of software and could produce unexpected results. But I’ve been using it for weeks with no problem, and no one anywhere online has reported any issues, either.) Now that you’ve got Launchpad’s app list whittled down to the stuff you actually use, it’s time to get organized. This step may take some time, depending on how many apps you have installed, but it’s well worth it. Moving apps around in Launchpad is a simple matter of drag-and-drop. I recommend organizing your apps by page. I have mine separated on three pages: apps I use daily, apps I use occasionally, and apps I almost never use (but still want easy access to). You may want to come up with your own organization scheme.

Launchpad allows for folders, just like your iPad or iPhone desktop. And it works exactly the same way: to create a Launchpad folder, inside which you can store numerous apps, just drag one app’s icon onto another. It creates the folder automatically, but you can re-name it to whatever you want by clicking on the folder’s name when it’s open.